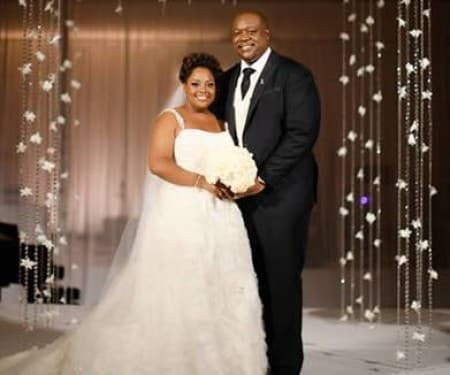 An insider is saying Sherri Shepherd is embarrassed about Sally’s extramarital affairs and she’s now using the media to print lies that her husband was sponging off her career.

Here’s what Sherri Shepherd’s PR team released to the press:

“Their whole relationship was built on a fraud and it’s finally over. She’s thrown him out of the house and he’s tried to speak with her but nothing is happening.

Lamar told Sherri that he was a big Hollywood player, with scripts being sold. But she’s tired of being married to a guy that doesn’t have a job.”