What’s Done in the Dark Will Always Come to Light…

HSK Exclusive – The woman reported to be Kris Jenner’s stalker is spilling some shocking allegations! According to Christina Bankston, there are records of financial wire transactions — allegedly drawn up by Kris Jenner and collected by ‘Troy.’

JJ: And you’ve seen wire transactions between them? 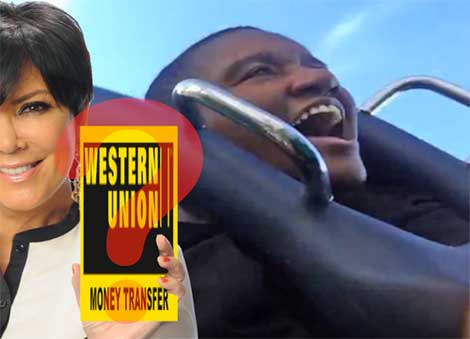 In an exclusive interview with HSK, the San Francisco native says her now-seized electronic devices were what led the FBI to raid the Four Seasons Beverly Hills Hotel suite she’s said to have been occupying, September 5, 2014.

According to reports from TMZ and Radar Online, Bankston was “targeted by the FBI for making death threats against Kris Jenner and her family.” How the alleged “death threats” were communicated to the Kardashian camp has yet to be detailed … leaving many unanswered questions. Christina Bankton says she’s been set up. “There’s like witness protection and a different stuff going on right now,” Bankston told HSK. “I was the one who led them on to know about the death threats and stuff.” 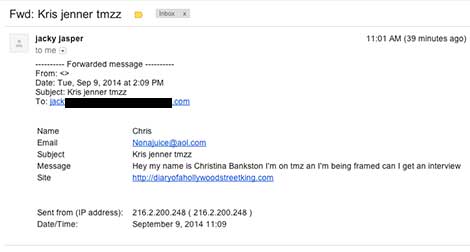 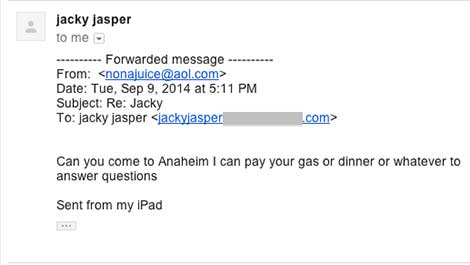 Bankston — who admits she’s worked with Troy for at least five-months, after the pair supposedly connected at an unspecified chat room — tells us “the Troy you put up is not the Troy I know”. That’s despite Bankston claims that she doesn’t have any photos, phone numbers or addresses linked to the ‘Troy she knows’.

To be sure, Bankston is on record stating, “There might be a photo on my laptop, but the police – I mean, the FBI – took all of my electronics.” It’s a statement Bankston made AFTER she said this: “I don’t have any pictures or anything. The FBI told me if I see him take a selfie with him and send it to them.” HSK’s interview with Christina Bankston ended after she abruptly hung up.

Now, I believe it was Christina Bankston and ‘Troy’ who contacted me last week, asking me to come to the Four Seasons… 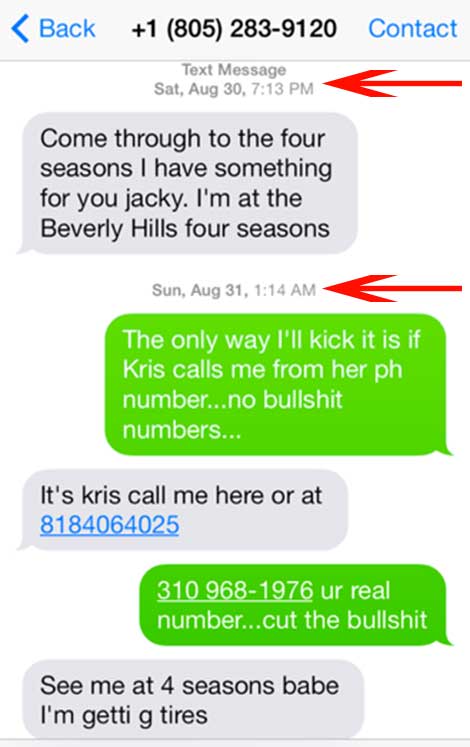 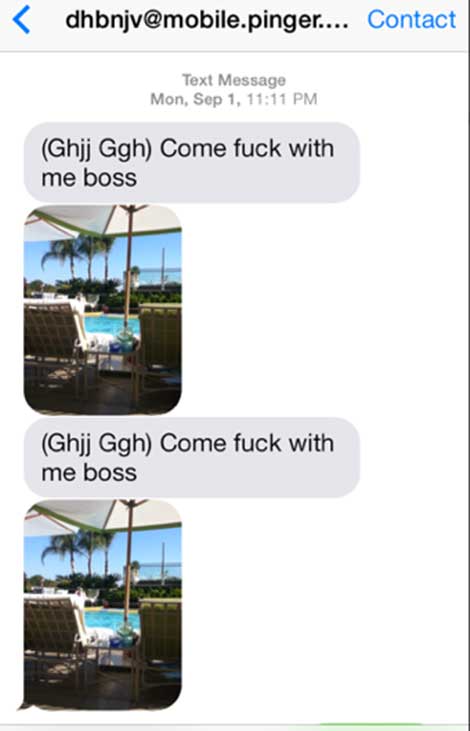 Here’s a transcript of the September 9, 2014 over the phone interview:

JJ: Why are you being framed?

CB: No! It’s really … well … I thought was … I thought his name was Troy Leatherby, from what I knew. And, so um … he said he knew Kris [Jenner] and I’ve seen like wire transactions between them … he had all her information …

JJ: And you’ve seen wire transactions between them?

CB: Yeah, from Western Union … The guy that you put up is not the Troy that I know.

JJ: That’s not the Troy you know?

JJ: Do you have a picture of the Troy you know?

CB: I don’t have any pictures or anything. The FBI told me if I see him take a selfie with him and send it to them.

JJ: So you don’t have a picture of the Troy you know?

JJ: And how long have you known him before?

CB: There might be a photo of him on my laptop but the police, I mean FBI, took all my electronics — so I had to like literally go buy a new iPad and stuff… I can’t really go into a whole lot with you right now because of the investigation, but um… The FEDS *inaudible* there’s like witness protection and a different stuff going on right now … I was the one who led ’em on to know about the death threats and stuff … that someone had …

JJ: You were the one?

CB: Yeah, who let them know the potential death threats that was supposed to be happening at them — but TMZ put on my name, like said I was making the death threats and that’s not even why I got raided, at all…

JJ: Why did you get raided?

CB: Because of my electronic devices.

JJ: Were you at … Where you at the Four Seasons, last Saturday?

JJ: TMZ has your name all over the internet.

JJ: So that means you’re the person who’s responsible for doing everything, right?

JJ: Well, if you don’t come up with the person that’s responsible for it, then you’re going to be the person that’s gonna be arrested for all this stuff. Do you know that hacking is like over a 10-year sentence in jail?

JJ: What’s the relations between you and Troy?

CB: Um.. we actually met in a chat room, kind of a Craigslist thing. Um… just became really good friends over a period of time.

JJ: What chat room did you guys meet at?

CB: I don’t even remember.

JJ: So you know they’ve been in a relation together, correct?

JJ: I never said that. I said relationship.

CB: I don’t really know anyone. I don’t hang out with many people. So you’re saying I sound familiar … I’ve never met you before so I don’t know how I can sound familiar…

JJ: From phone calls… I’ve spoke to you with Troy before … Were you ever beside Troy when he called me? Weren’t you ever there when Troy picked up the phone and called me to talk before?

CB: I could’ve been.

JJ: Huh. How about you have been?

CB: How about I could’ve been.

JJ: So you been working with Troy for, you said, like about five-months and you met him in a chat room?