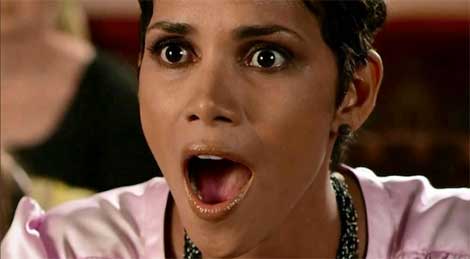 Halle Berry and Olivier Martinez called it quits on the low, according to insiders. This word comes in a little over a year after they married. “They have been living separately for months,” says a source. “They’re just delaying the inevitable – announcing their split.”

“They don’t talk to each other much, and when they do, it’s only about their son.”

Halle, 48, can’t seem to keep a man. Before marrying the French actor in July 2013 — followed closely by the birth of their son, Maceo, in October 2013. Halle Berry and Eric Benet divorced in 2005, after nearly four-years of marriage. Before that, she and David Justice divorced in 1997, following their 1993 wedding.

Here’s what a source spilled:

“They have drifted apart and only get together for the sake of Maceo.

The whole family was supposed to go on a make-or-break holiday [to celebrate their one-year anniversary in July], but that fell apart because neither Olivier nor Halle wanted to make it happen.”