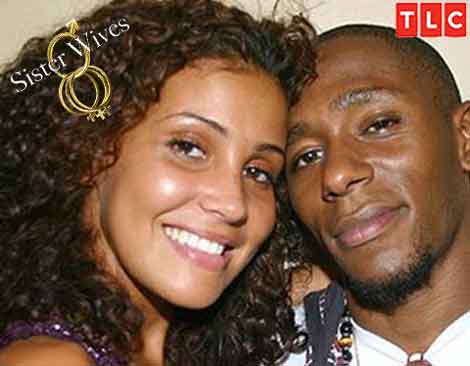 HSK Exclusive – Yasin Bey aka Mos Def is married to video model Alana Wyatt and guess what— The streets are saying that the 38 year old Muslim rapper/actor Mos Def is a bigamist. Know why? Because it’s rumored that Mos Def recently got married again to some chic out here in California mane.

Here’s a letter that landed on my desk from Mos Def’s wife Alana Wyatt:

“A part of me REALLY wants to not even give a shit about this right now, a part of me wants to save his dumb ass, and the better half of me says ” Alana its TIME TO TELL YOUR SIDE”. I been minding my own business, I have stayed quiet after endless approaches to TALK!!! Well NOW I’m TALKING.

Wakened and disturbed, NOT JEALOUS but disturbed! By this crazy ass news regarding my CURRENT HUSBAND. DANTE SMITH aka MOS DEF “oops” my bad YASIN BEY!

I took his hand in marriage after only 96 hours. And many ask why? What made u do that? All I ever said was it was ” a hip hop fairy tail”. Its NOT a fad or a moment for the season. My reason was to honour, respect, and obey my what would have been long time partner. For most of us marriage is sacred, its giving and promising yourself to one person who you trust for LIFE. Respect, love and honour til death do us part!

But NOT in this case:

I am the CURRENT WIFE (LEGAL) wife of Dante Smith. Aka Mos def aka Yasin bey! Who knows maybe next year it will be something different according to HIS mood at that day and time. Just so everyone who is paying attention it is clear that no matter what I may have been called, portrayed as because of a few videos and have dated a few athletes. I took his hand in marriage based on a promising life, future, and one day to build an empire of our own. I don’t regret one minute of it. I never will. I made that choice for myself.

Until now…… Marriage is NOT something you should take in vein, its not something that 2 people consummate just because it suits the mood at the time. The man I married is NOT the man I grew to know. Shit I barely ever got to know him. It seemed as though we only knew each other when the world was watching. Did we ever live the marriage life? NO! Did we have a chance to really love each other for who we were? NO!

Even after 10 years of being with someone you STILL don’t know them. So most will say “then 3 days you really never knew each other”. Agreed!

That’s what comes with marriage. Getting to each others likes and dislikes, and getting to know each other does NOT mean just getting along, or the only time you can make love with the lights on is when you are tipsy. The man mos def aka yasin bey, I married was NOT who I grew to know, I’m sure he can say the same. It was the first time I had ever experienced sex with my mouth being forced open and him feeling the need to spit in it 3 times. He would tell me what it meant, but I just could not wrap my mind around it. Each time he did it again and again, and again. This became our routine. It became real to me.

Dante (mos) is GOOD! He has a way of making you feel like you are the ONLY woman that exists. So I can see how it is easy to fall in love with him. I’ve been asked a lot is he as weird in real life as in on TV! “Define weird”. I say. U lose yourself in him. Hence the so many marriages. I never understood having multiple wives. Multiple jump offs…..YA, but WIVE(S). Helllll Nooooo! Was this legal? Allowed? Or how did the wives feel?!

Which brings me to the CURRENT! I am still his legal wife. Last name, license, certificate and all. I’m sure some DNA also if ya dug deep enuff. I been respectful of his privacy, as well as NOT accepted the MANY MANY offers that have risen over the course of our “ongoing” divorce to throw his trifling ass under a bus. Well I’m DONE! Being quiet, DONE protecting myself for his stupid antics. How dare you NOT settle your MESS here in Toronto (Canada) have my ass out here married to someone I barely know, can’t move on, but yet … “OH”. Here ur ass is trynna marry some one else. AGAIN! Is this a fad or a joke to you?!?! I am disgusted, ashamed, and embarrassed. Not for me, baby boo…….but YOU! Running around marrying what suits your outfit that day.

I am NOT jealous, I’m f*cking PISSED that he wouldn’t clean up shop before he runs off in the sunset for the 45th time. I have to wonder……….not even Santa Claus gets as many letters in November as Mos has wives.

I been quiet, respectful for the reason of his family and career, in 5 years. I have NOT used or abused his name, nor used him to brand anything. But Now I have to speak up, when he is out there trying to get married AGAIN , clean tha FUCK UP what u already got going on HERE.

Is a Muslim allowed to have multiple wives? Not in America, but my deceased Blues mentor Ike Turner was a bigamist too. Don’t believe me? Ask his ex-wife X-Factor contestant Audrey Madison.