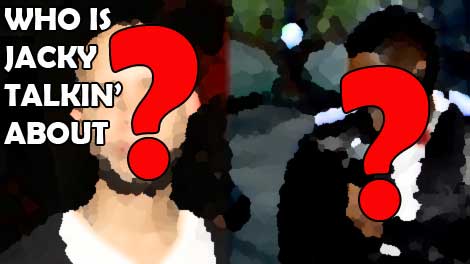 This R&B singer doesn’t exactly hide the many Confessions he needs to make. The one we’re talking about takes us back to the time when X marked his spot. The situation is said to have directed our blind item in showing his beard NO TLC… telling her, it’s My Way or the highway. That’s what’s been revealed as the reason behind his 2003 break-up from one female Scrub.

We’re told the Burn began back in 2001, when one Hype Williams protege made our blind item Wanna put the Toronto director on. Our tipster tells us the cold truth of the boy-BFF’s relationship forced her to feel the Chill-y… and, there went his baby.

“Those two dudes were all caught up in each other… and she got super jealous because they were inseparable.”

Today, he’s got major baby momma drama. His former X-man has since Twerkt it for Bussa Buss, and headed his Worst Behavior with Drizzy. Now, can you guess who I’m talking about?