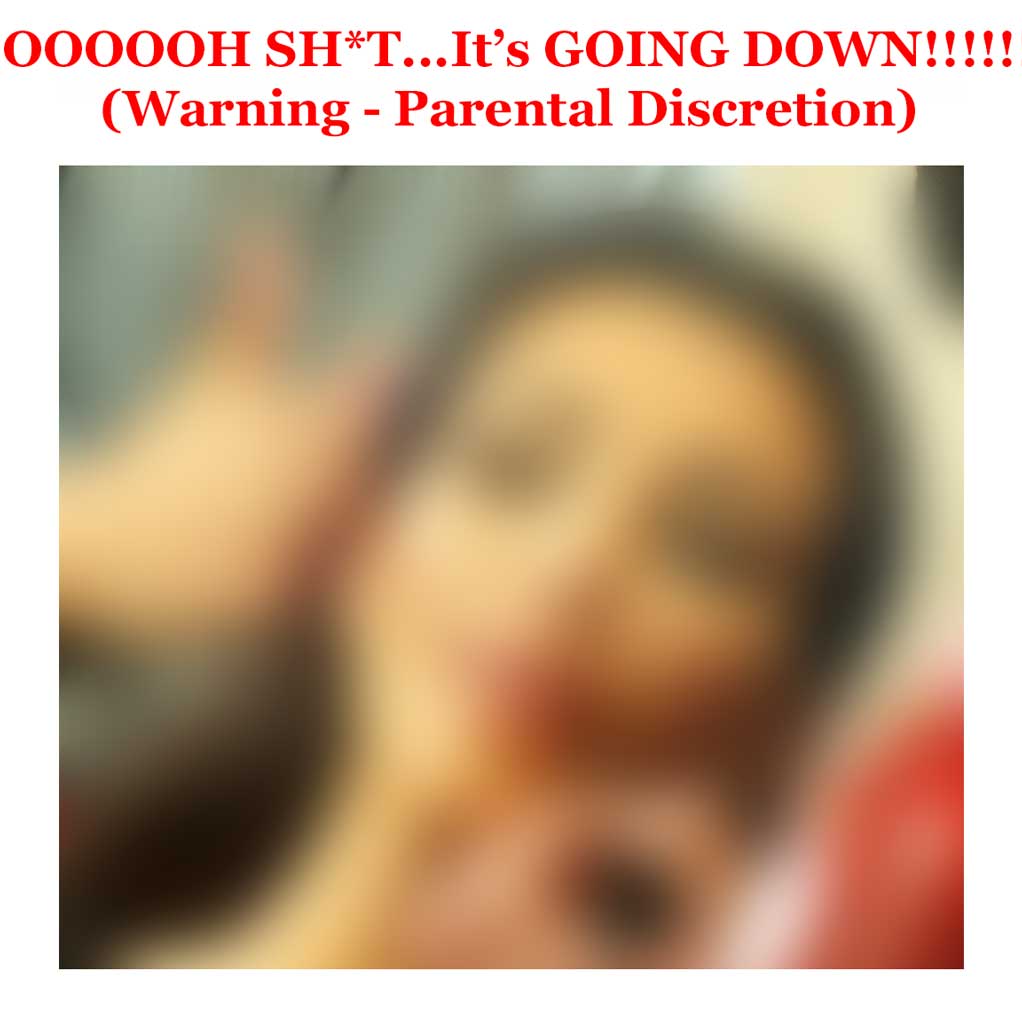 It’s a situation one urban blog had only recently gotten hip to — two-years after sources say the gossip outlet “allied up” with her and her klan!!! Know how? We’re told the video vixen led a classic bait and switch move on the three-letter headed blog outfit (and I’m not talking about T-M-Z), by leading them to publish her Paris wedding pics only to later serve them with a cease and desist. [side note: take heed to what happens when “bloggers” are really secret fans of fools].

“They thought they got an exclusive when they published her wedding pics from Paris but they really got played by a hacker.”

It’s since become klear that even her lies about lies she’s caught telling … her lies on top of lies … seem to hold monetary value. That’s according to not only the “horse’s mouth” but also according to one source who tells us our sex tape queen turned Calabasas soccer mom “had her people give the site an anonymous tip about her getting robbed in Paris”.

“It’s all part of what they do to make the press … make the blogs … go viral … trending on social media. That’s where they make they’re money … they’re making a fortune off of social media.

Once they got the shine she ordered her lawyers to send them a cease and desist and ___ got punked again when they pulled the wedding pics — her goofy husband and her became allies with the site — claiming they were gonna sue. It’s all part of her circus act, clowning for press. First, she’s gonna sue. Then, she’s not gonna sue. It’s all fake content … nothing about ’em is real.

She’s widely recognized for her starring a role in setting off the celebrity sex tape, sending it trending … just ask that dude who “Hit it First”.

As for that three-letter “urban” b-blog that fell for the oki-doke? Well they seem to have twisted trumped up fantasies of following in the white privileged footsteps of an overnight Black news outfit.

Now, can you guess who the Beverly Hill’s, Calabasas, slut housewife? and, who is the media outlet? Here’s a clue: The founder of the website has a pair of beady eyes!!!