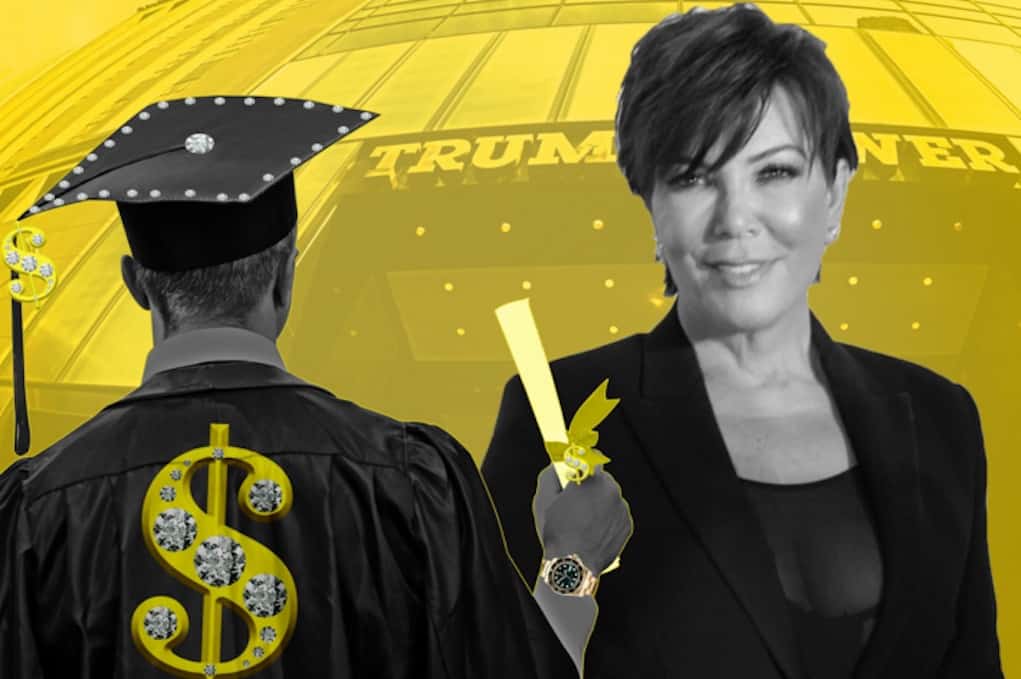 Kris Jenner is taking her pimpin’ to a whole new level. The Kardashian matriarch has given her name to a New York-based business school, and she’s already set to rake in millions.

Legacy Business School, a certificate-only institution, has a yearly tuition cost of $105K. To entice people to enroll, the first 100 students accepted to the college will get a chance to have an “exclusive dinner” with Kris herself.

But according to The Daily Beast, the school has a shady history.

Previously, it was called European School of Economics (ESE) – an organization that had been sued more than a dozen times since 2006 for failing to repay debts.

As soon as Kris came into the picture, the school changed its name, and filed the paperwork to become a non-degree granting institution.

Who in their right mind would pay $105K for a certificate?! Kris knows she’s wrong for this one!