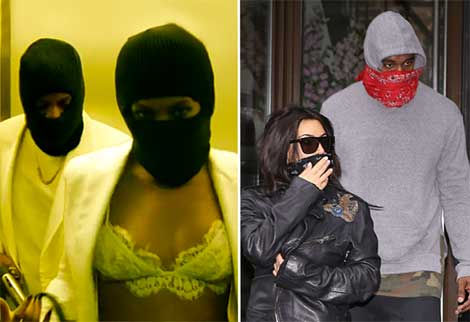 Kim K would have you believe that if it weren’t for Kanye… Jay and Bey would have never come up with the idea to get their masks on for their ‘On The Run’ tour.

“Kim pointed out that her man was seen out in the garment long before Jay Z and Beyoncé thought to wear it.”

That’s the word after she took to IG with this TBT post: 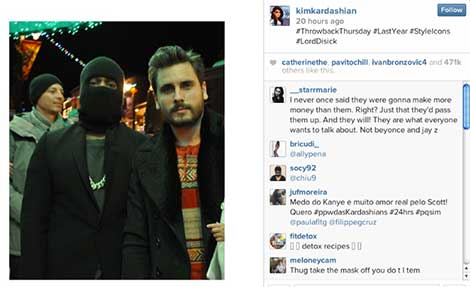