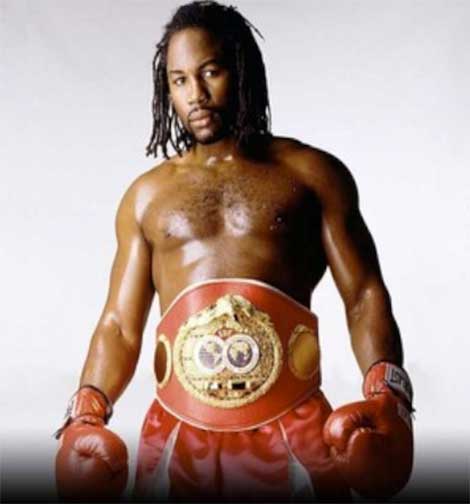 HSK Exclusive – A woman has surfaced to spill some shocking details that could confirm Lennox Lewis has long been living on the DL! She says she had no idea the boxing champ “was into guys” until she allegedly saw it for her own eyes.

We’re told her discovery happened “back in the day” inside a suite of NYC’s Trump Towers.

According to the anonymous female… she first hooked up with Lewis at a New Jersey bar. She tells us… he brought her back to his spizz, where she reportedly served him up with a professional. “I wanted to have sex,” said the woman. “But he only wanted me to go down on him.”

“The next morning, he gave me some cash to go shopping. I finished early that afternoon because I wanted to go back his place to have sex. When I got back, I caught him in the act with a muscular Black man who later told me his name was Fubu.”