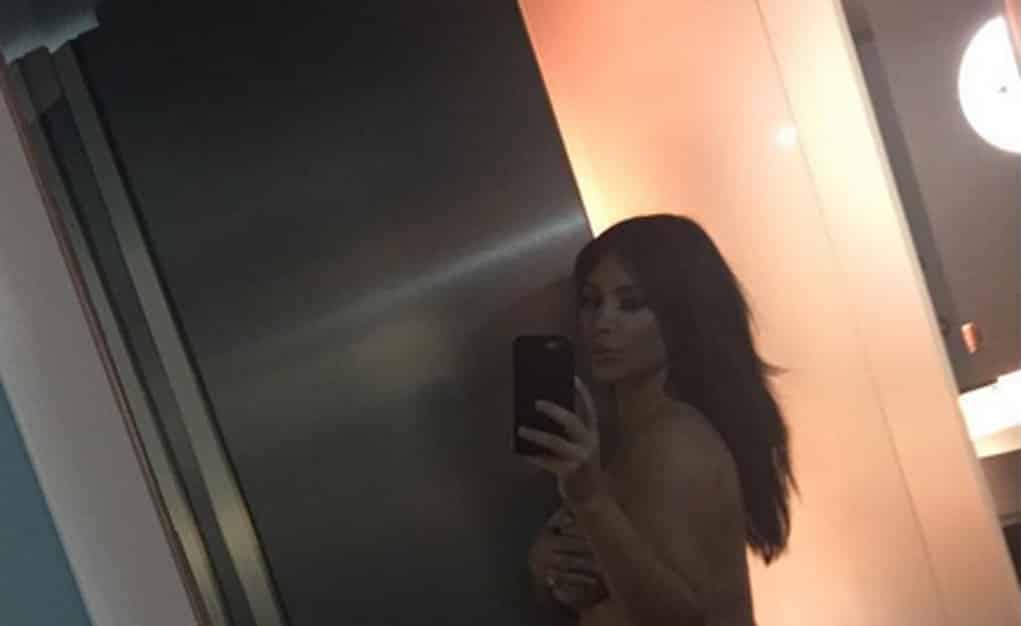 Kim Kardashian went on Instagram to prove to everyone that she is indeed carrying her own baby.

There has been a lot of talk that Kim K was using a surrogate for her second child with Kanye West, as her body has been fluctuating and at times it looks like she is wearing a padded baby bump.

“I would document the process if I got a surrogate…They also say your body carries a boy different than a girl!”

Kim posted a photo of her completely naked, but strategically covering herself and it puts her full pregnant body on display.  Along with the pic she included a lengthy caption describing how this pregnancy has been different than her first, and how some weeks her body changes depending on her diet. 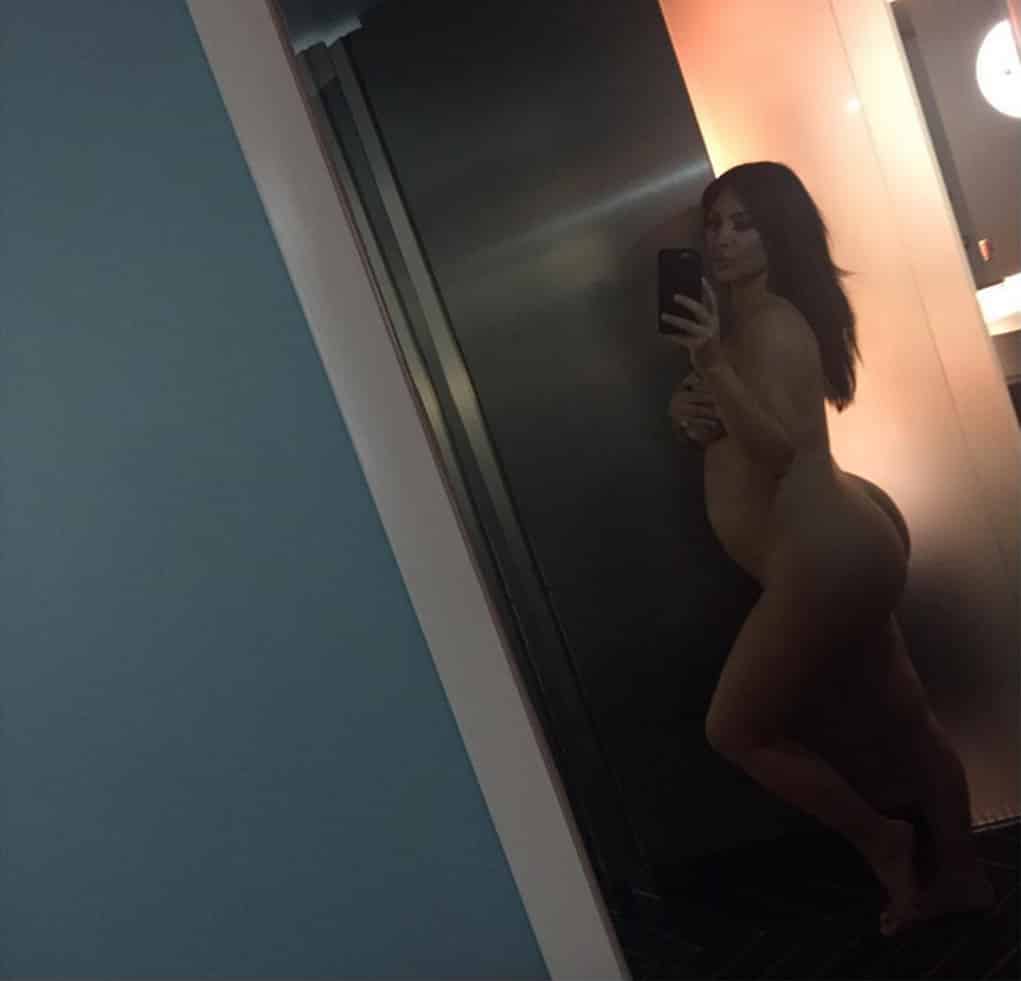 First they say I’m too skinny so I have to be faking it…Now they say I’m too big so I have to be faking it…SMH! Some days I’m photographed before I eat & look smaller, some days I’ve just eaten & I look bigger. It’s all a part of the process. I think you all know me well enough to know I would document the process if I got a surrogate. Everyone’s body is different, every pregnancy is very different! I’ve learned to love my body at every stage! I’m going to get even bigger & that’s beautiful too! I’m blessed to even be pregnant & even luckier to not have preeclampsia as far as I know, so I don’t have the swelling issue this time! They also say your body carries a boy different than a girl! Whatever the case may be I’m grateful to God for this miracle & no matter what rumors or comments you throw my way this time they truly don’t affect me! #NoFilter #NoPhotoShop #GoodLighting ? 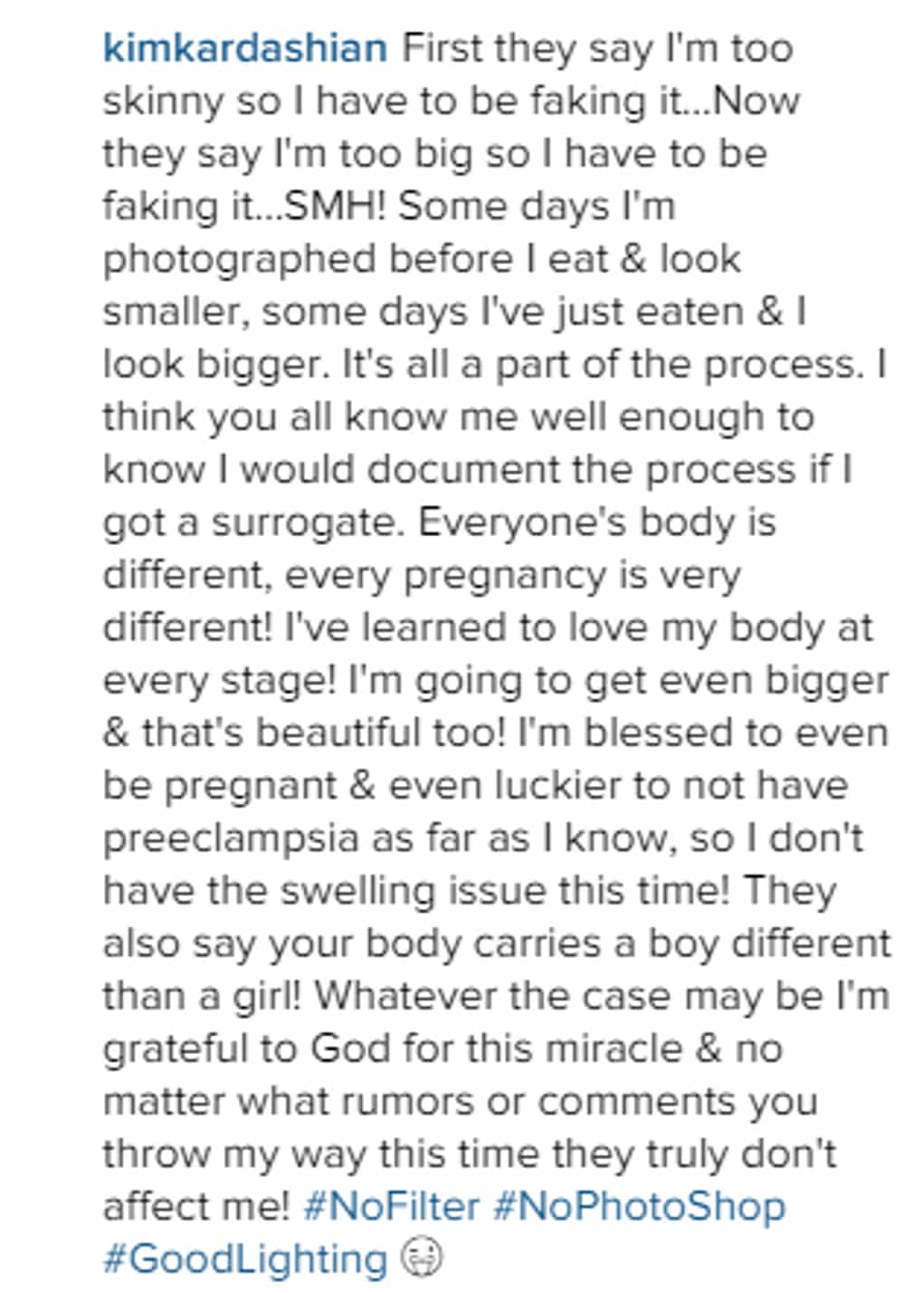