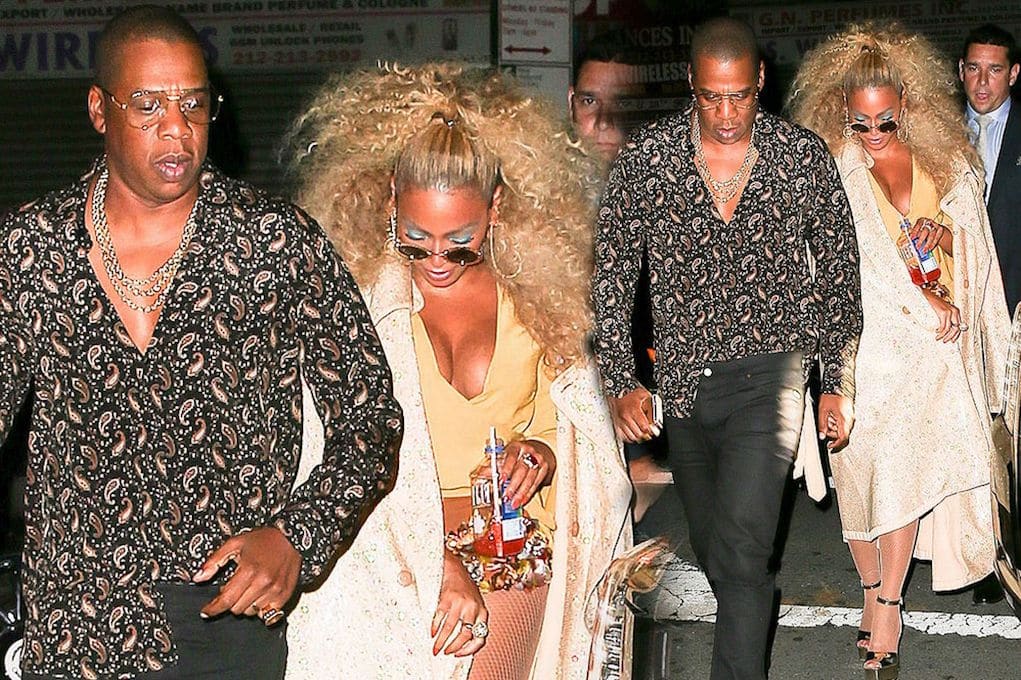 Beyonce celebrated her 35th birthday with a Soul Train-themed birthday party in NYC that brought out all the stars.

The Dream and his wife, Usher, Alicia Keys and Swizz Beats, Solange, Carmelo Anthony and LaLa, Kelly Rowland, Diddy and Cassie, Chanel Iman, Kendrick Lamar, Janelle Monae and a bunch of other celebs were there to celebrate the Queen Bey’s special day.

But noticeably absent were Kanye West and Kim Kardashian. According to sources, the Wests were also in NYC for Kanye’s “multiracial women only” Yeezy 4 casting call and his Life of Pablo concert.

You know Kim and Kanye’s thirsty azzes would never miss an opportunity to party with Bey, so that only means one thing: they were snubbed from Bey’s event!

According to Rhymes With Snitch, Swizzy and Alicia were backstage at Kanye’s Life of Pablo concert, but they dipped out to head over to Bey’s party.

Beyoncé's song "Work it Out" playing at her party ☺ ™@beysusknowles

You think Kanye cried himself to sleep that night?