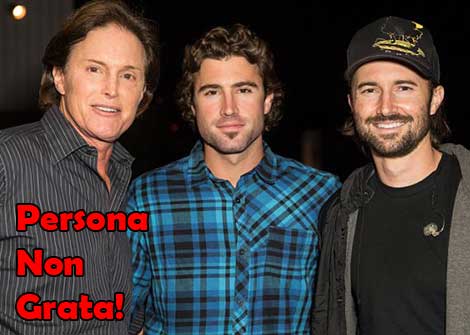 Leonardo DiCaprio wanted no part of “Keeping Up With the Kardashians.”

Last weekend during the XIV Summer Sessions in LA, The Jenners (Brody, Brandon and Bruce) were in attendance with cameras in tow, but Leo waited until the cameras stopped rolling before arriving.

Here is what went down:

“Leo didn’t want to be filmed for ‘Keeping Up’ and didn’t want to arrive until filming was over. Even former Kardashian BFF, Paris Hilton, was also on the scene and also reportedly refused to allow herself to be captured for the E! reality series.”