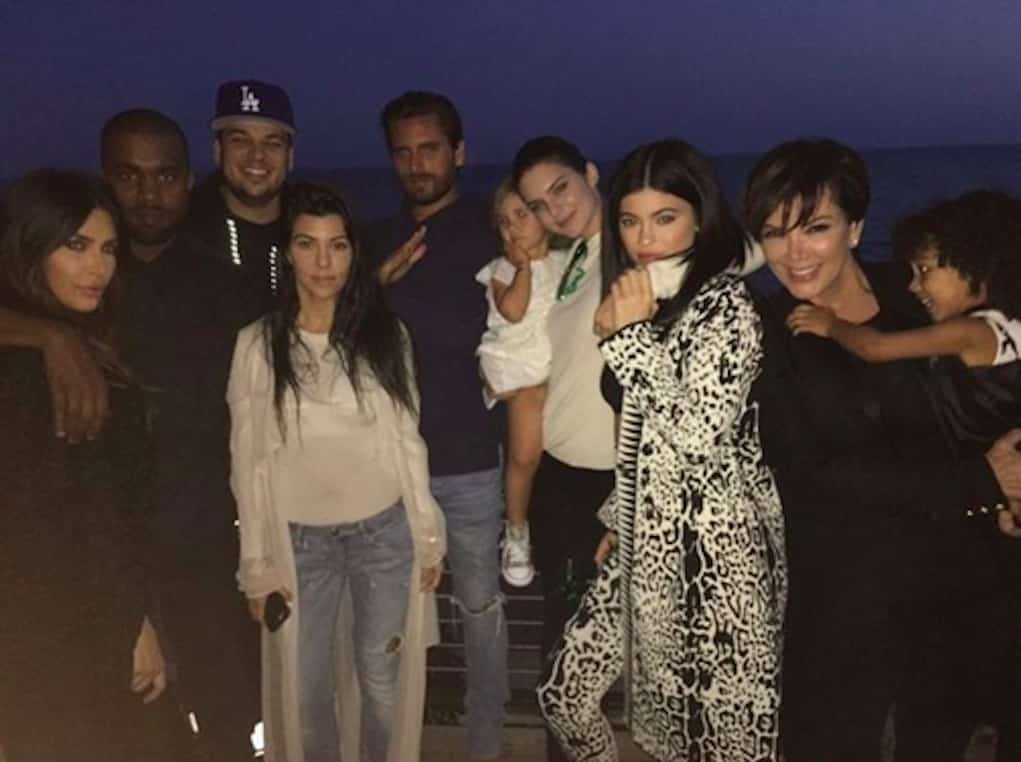 Rob Kardashian hasn’t been spotted out with his fame whoring family in years. But now that he’s feeling better and dropping weight, they’re ready to sink their teeth back in!

The klan threw a 29th bday party for Rob at Nobu restaurant in Malibu. We think this party was definitely a setup just for the family to shade Blac Chyna, because she was noticeably absent from the festivities.

But guess whose invitation didn’t get lost in the mail? Tyga’s! He was sitting just one seat away from Rob…you know, the guy who is now banging his baby mama. Weird ass people…

The #Kardashians celebrating #RobKardashians birthday tonight at #Nobu, in Malibu.

Caitlyn was also missing from the party, and Khloe couldn’t make it because she was “sick” (Kardashian translation: she’s still healing from a new plastic surgery procedure.)