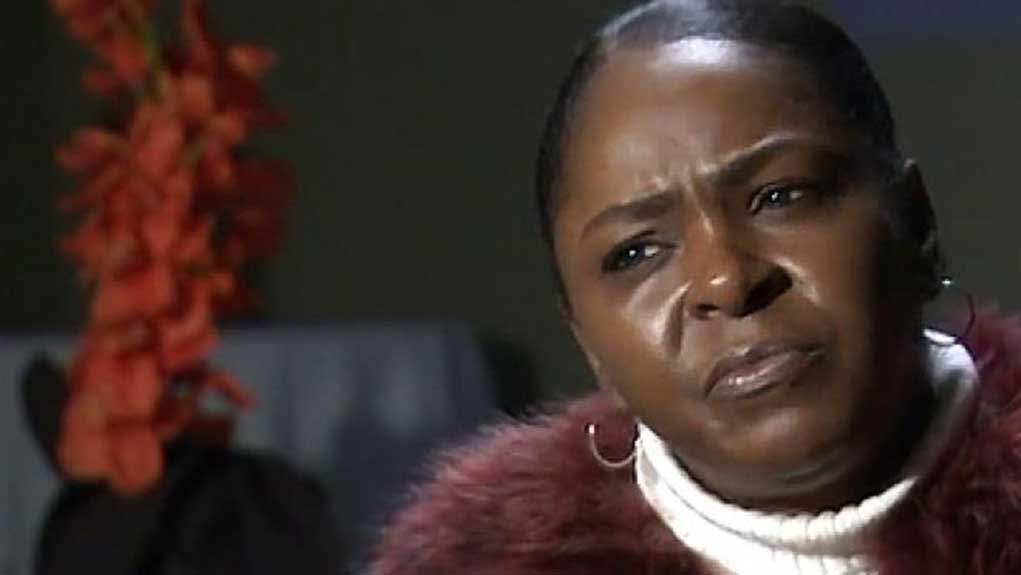 Leolah Brown, the crazy sister of Bobby Brown, is speaking out publicly, to dispel rumors that Bobbi Kristina has been taken home to die. Leolah also claims Pat Houston told Bobby Brown to pull Bobbi Kris off life support because her care was costing too much.

Do you believe her, or is Leolah just doing what she does best by using the media to push untrue allegations she makes against her adversaries? 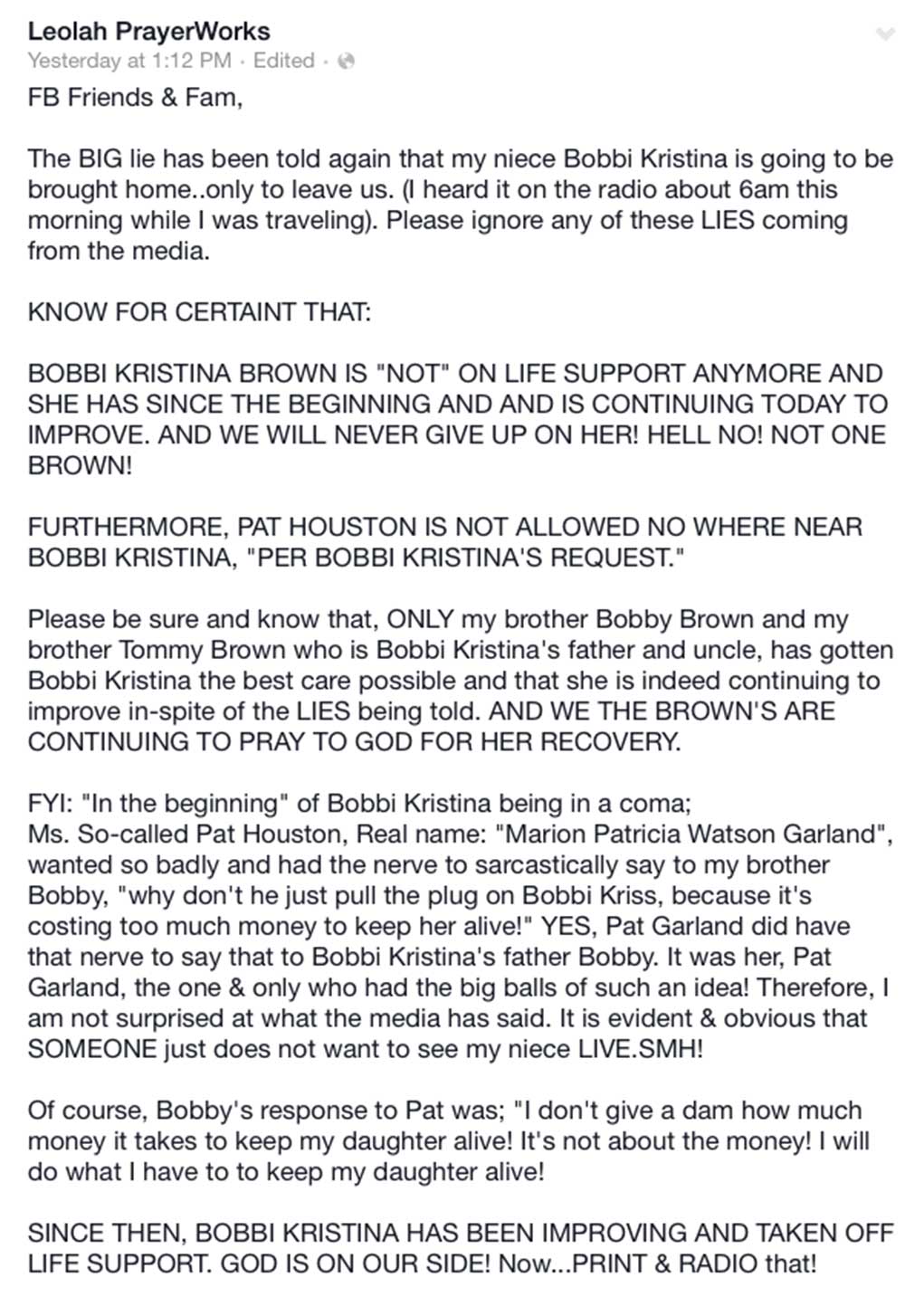 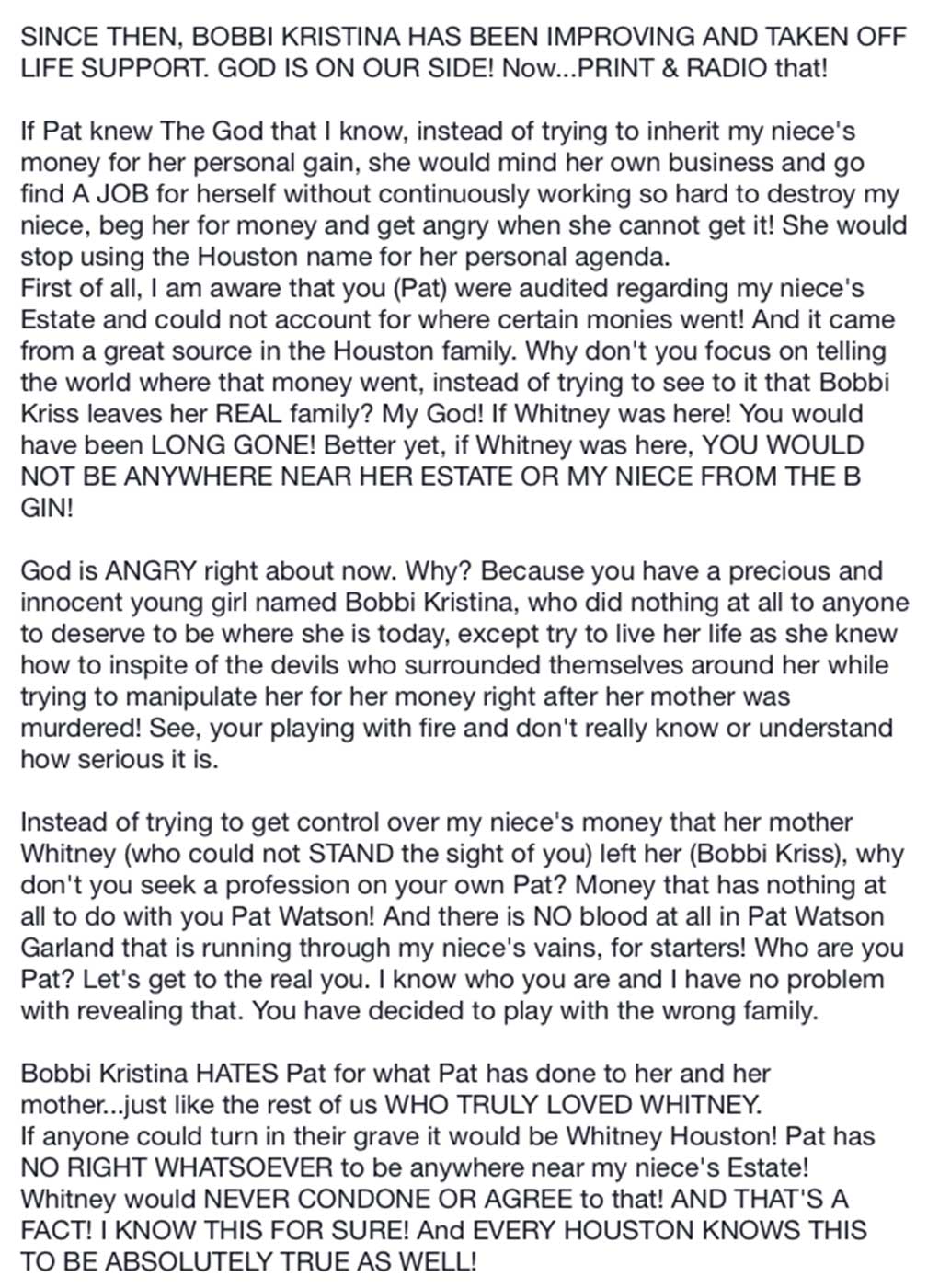 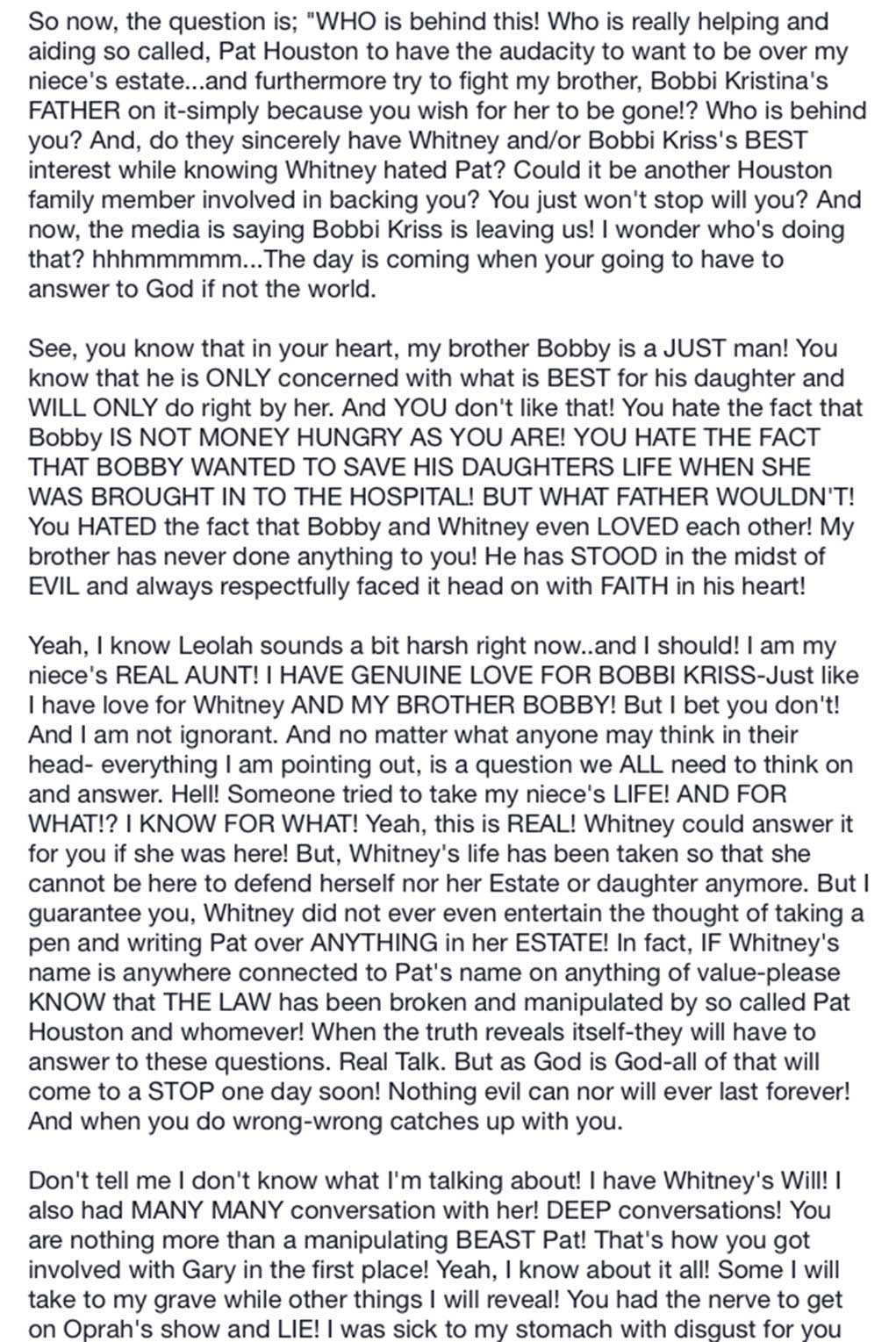 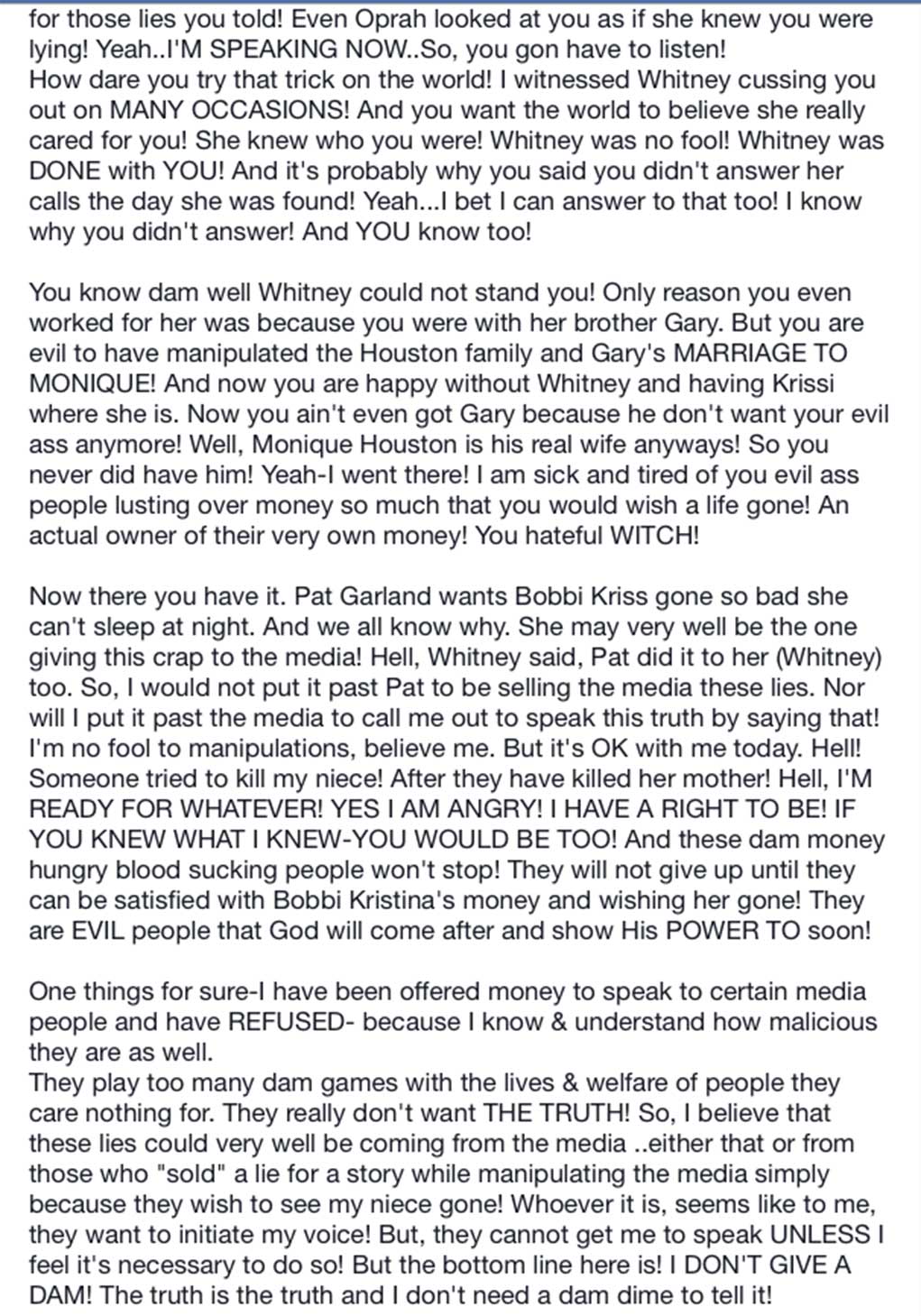 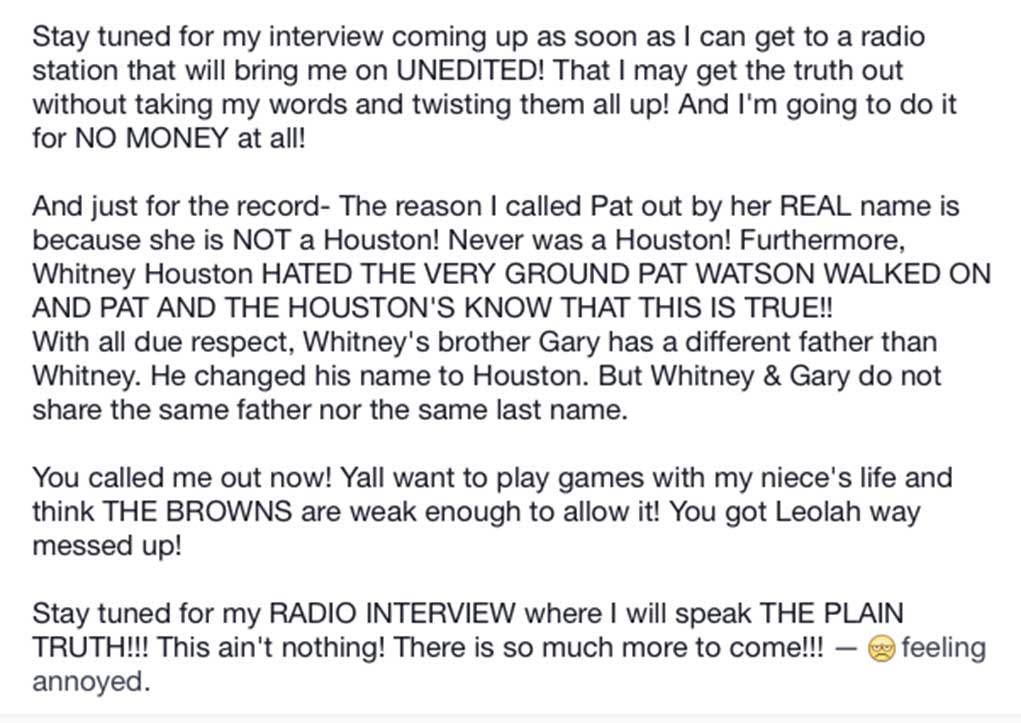