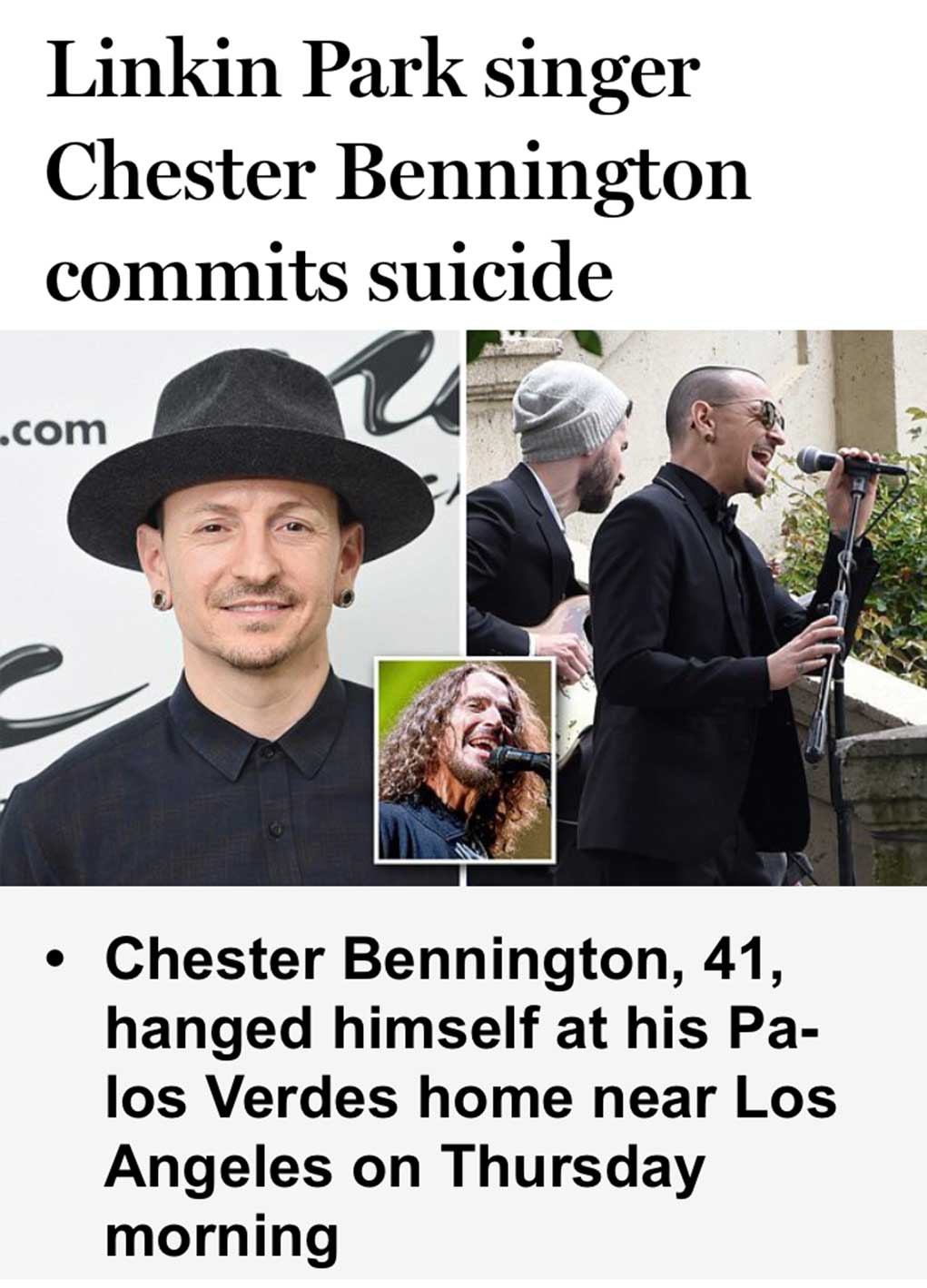 The 41-year-old was found dead in his home in Palos Verdes near Los Angeles shortly before 9am on Thursday. The Los Angeles County coroner confirmed they were investigating Bennington’s death as an apparent suicide but no additional details were available.

Law enforcement officials say Bennington hanged himself and he was home alone at the time.. He was found upstairs in his home by an employee. The singer had a history of drug and alcohol abuse.

He was married and is survived by his six children. The saddest part is how this will affect his children!