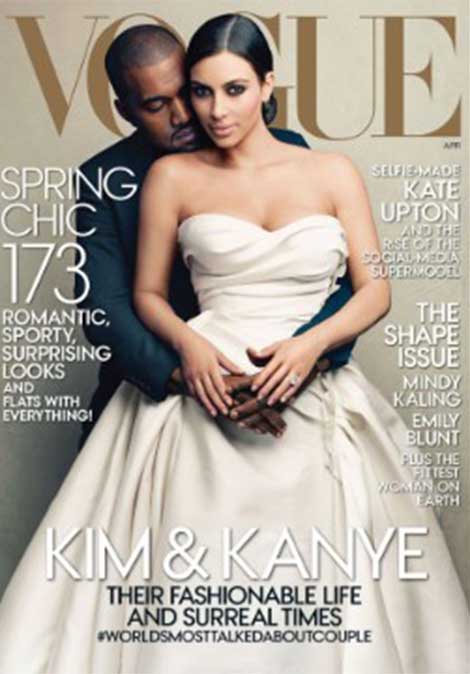 Vogue editor, Anna Wintour, is revealing her true feelings about the now infamous Kim Kardashian Kanye West Vogue cover … branding it as ‘not a tasteful choice’ while admitting it was done as a publicity stunt.

Wintour made the remarks during a candid discussion at the Metropolitan Museum of Arts.

Here is what Wintour revealed when asked about the cover:

“I see the role of Vogue to reflect what’s going on in the culture. The first celebrity that I put on the cover of Vogue was Madonna, and that was considered completely controversial at the time, too. It’s such a long time ago probably no one remembers, but she was a very controversial figure. Now she’s part of the establishment. I think if we just remain deeply tasteful and just put deeply tasteful people on the cover, it would be a rather boring magazine! Nobody would talk about us. It’s very important that people do talk about us.”