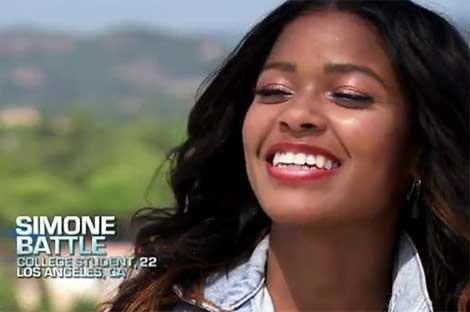 Simone Battle, a singer with the group GRL, is dead at 25 of an apparent suicide. Battle was found in her Los Angeles home Friday morning.

According to some reports, Law enforcement sources claim, “Simone was found hanging from a rod in her bedroom closet”.

Battle first rose to national fame on the X Factor reality show in 2011. Though she was eliminated in the first live show in competition, she made an impression that helped her land a spot with the Pussycat Girls 2.0, GRL. She was also an actress who appeared on episodes of “Everybody Hates Chris” and “Zoey”

Here is the statement her labels released following the news:

“Simone was an exceptional young talent and human being, and we are all devastated to learn of her passing”