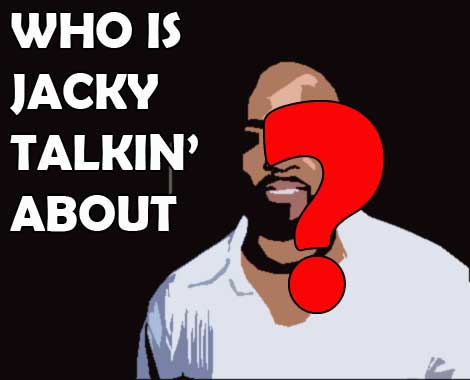 He’s a revered music producer, reported to have ripped off a long list of recording artists. Sources say … that’s why it was nothing but our blind item’s own Karma when he became a New Jack con victim. Don’t believe me.. Just ask self-proclaimed real estate guru Troy Titus.

Dr Dre recently joined forces with our blind item, and his Street crew — performing together on a pre-Grammy stage. No Diggity! He may be striving to stay relevant, but there’s one thing this Guy doesn’t want you to know the most. He’s a flaming queen! Don’t believe me.. Just ask Chauncey.

“Years ago, me and two of my girlfriends went to a party at his place in Virginia Beach. The spot was dope … black marble floors everywhere. I looked around the room and it was a bunch of dudes. One of them was even wearing a neck choker! So I made it a point to observe him more. Now I know a queen when I see one, and I saw a flaming queen in that man. Those dudes were about dudes … and me and my girls stay Tens. Him and all his crew are a bunch of f*gs.”

All he really wants to do is is zoom-a- zoom-zoom-zoom in a boom-boom. Now, can you guess the Harlem rump-shaker I’m talking about?