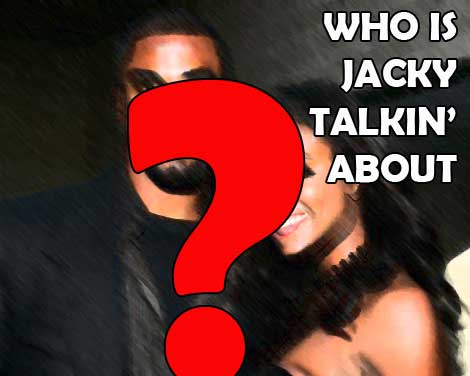 She may be gearing up for a trip down the isle with Dwayne Wade… but before she started cashing NBA checks she was collecting NFL loot! Just ask her ex, a former star player for the Vikings, Packers and Saints.

A tipster tells us … just as she hooked Wade by feeding into his group-sex fetishes, she did the same with her S&M-lovin’ ex. Now, if his attorneys have their way, dude could be tying the knot at the same damn time as our mystery lady. Just ask his publicist, Elizabeth Morris. Know why? His camp is looking to gain him the image of a clean cut fella.

That’s not gonna work with the streets. Know why? Word is … dude’s rough sex rep as being so intense, even top dollar won’t convince escorts to take his calls.

“He paid Dollicia Bryant a small fortune so she wouldn’t report him for beating her. She used the money for plastic surgery.”

He’s currently out of jail on a $200K bond. Now, can you guess who I’m talking about?