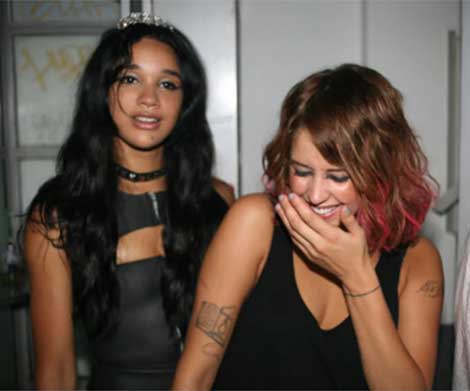 Due to the new revelations about Peaches Geldof from Pete Doherty’s recently published journal entries, a reader decided to do a little research on the friends of Peaches Geldof who may have influenced her in a negative way, and one particular stood out – her name is Phlo Finister and she has been using heroin since the age of 16. In case you were not paying attention, Peaches was found dead at her home earlier this year (April 6th, 2014). Recently release medical examiner files confirm Heroin overdose as the cause of her death.

HSK was the first to report about celebrity hanger-on Phlo Finister in May 2012, at the time Phlo was connected to a Heroin overdose (not a deadly one) suffered by the daughter of the late singer Teena Marie, Alia Rose. According to our source this all went down on Mothers Day, at the W Hotel. Also present was Peaches Geldof.

Here is what our source had to say:

“Peaches and Phlo met through a mutual friend in Los Angeles, 2010, when Peaches was living in the US. They shared an apartment in Hollywood for a while and Phlo followed her back to London – they remained friends until Peaches’ untimely death in April 2014.

The two of them did heroin together and Phlo is still very much into that scene. In 2012, there was a rumor circulating the internet that the late singer Teena Marie’s daughter, Alia Rose, had overdosed on Mother’s day in 2011, while she was doing heroin with Peaches and Phlo.

It was Phlo who leaked the story to HSK. She has been best friends with Alia Rose for many years and Teena Marie even took her in during her high school years, but Phlo is desperate for fame and uses people to get attention for herself without the consideration of others.

Her fame-whoring ways go beyond normal; she name-drops Peaches in every interview she gives and when asked what brand she would like to model for and why, she answered: “Dolce & Gabbana because Peaches is endorsed by them”. She has also recently signed with Kirsty Williams – the same agent that Peaches was signed with.

Phlo allegedly brought heroin around Peaches while she was on methadone and attempting to get clean, which sparked Peaches’ destructive side and reminded her of the youth she sometimes felt she lost out on by having children at an early age.

On July 26, Phlo posted two new photos of Peaches children, Astala and Phaedra, on her Instagram page, knowing that the family is deliberately keeping the boys out of the media following their mother’s death. The photos have since been removed due to controversy among fans of Peaches, which came to Phlo’s attention because she has a Google alert on her own name and reads everything that’s being written about her on internet.” 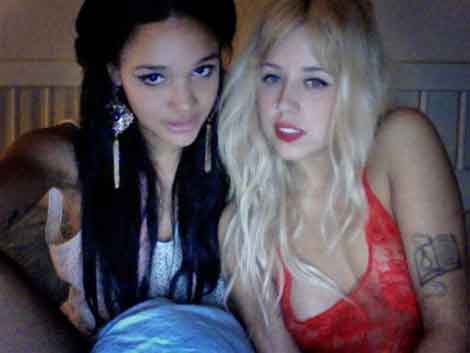