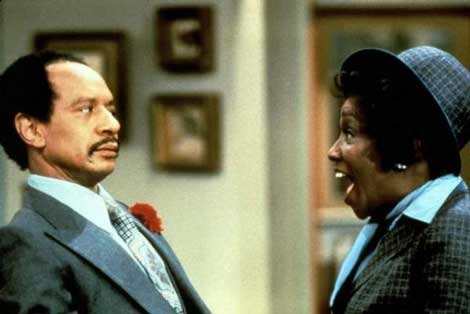 Three’s Company When It Comes To The Will?

It’s been more than a month since Sherman Hemsley’s death, yet the body of the man who brought George Jefferson to life is being refrigerated until the court decides who is the sole beneficiary of the deceased actor’s estate. The decision lies between Hemley’s longtime male “friend” and “roommate”, 76-year-old Kenny Johnston, and the women he introduced to the press as his “beloved partner”, 56-year-old Flora Enchinton, and a supposedly never before mentioned brother.

Sources say Hemsley signed a will six-weeks before he lost his cancer battle, naming Enchinton as sole beneficiary of his estate, which is estimated in court documents to be around $50,000. The will is being contested by Richard Thornton, who claims to be Hemsley’s brother, and says the will might not have been made by the actor.

Here’s what Enchinton had to say, openly admitting Johnson’s been by Hemsley’s side since the very beginning:

“Some people come out of the woodwork – they think Sherman, they think money. But the fact is that I did not know Sherman when he was in the limelight. I met them when they (Hemsley and Johnston) came running from Los Angeles with not one penny, when there was nothing but struggle.”

Enchinton, who says she and Hemsley were friends for decades – and who served as the actor’s manager for more than 20-years – explains she, Hemsley, and Johnston, lived together, she said Hemsley never mentioned any relatives.

Was Enchinton’s real role that of a Hollywood beard (who has already collected her ‘manger’ paycheck)? Of course. Don’t believe me.. Ask Garrett Morris.