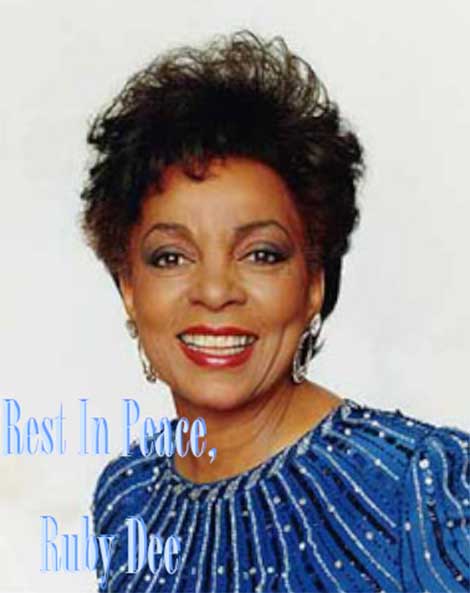 “Ms. Dee embraced different creative platforms with her various interpretations of black womanhood and also used her gifts to champion for Human Rights. Her strength, courage and beauty will be greatly missed.”

Ruby Dee’s recent peaceful passing has many celebrating the life of the late award-winning actress and Human Rights activist, whose legacy lives!

Many industry figures have taken to Twitter to remember Ruby Dee: 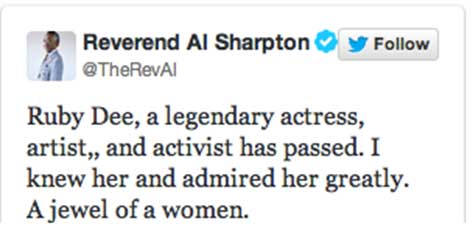 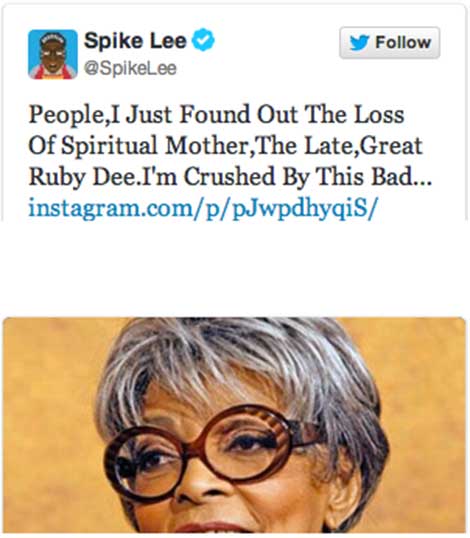 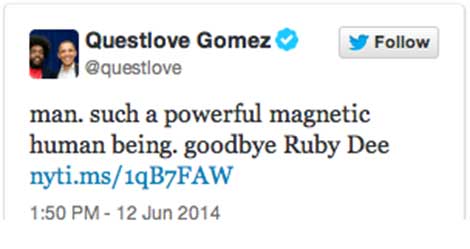 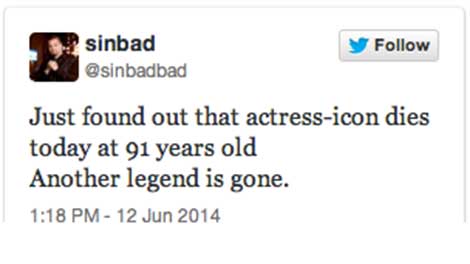 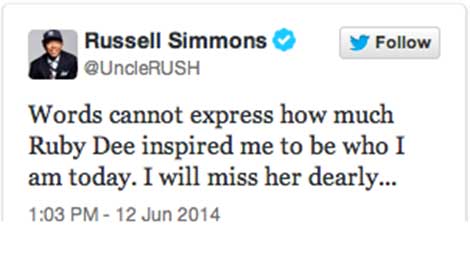 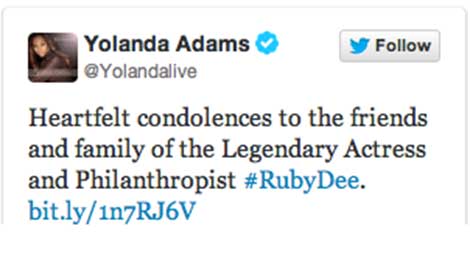