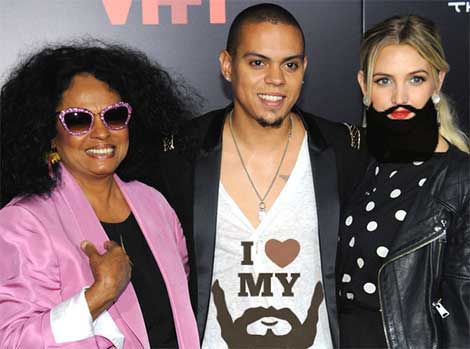 Ashlee Simpson is set to get Diana Ross’ blessing to walk down the isle as Evan Ross’ bearded-bride! And that’s not the only Ross who’ll be adding to the Studio 54-style affair! Sources say… Stevie Wonder and Smokey Robinson are expected to attend the wedding.

Here’s what Evan Ross had to say about it:

“Honestly, we could go and get married right now, wherever. We just want to be married. We’re in love. This is the most incredible time I could ever think of in my life and I’m young, but the same time, I’ve lived a different life than most and I can’t think of a happier moment.

I was giving it time only because I wanted to give it time, but I would have asked her a month after I was with her.”