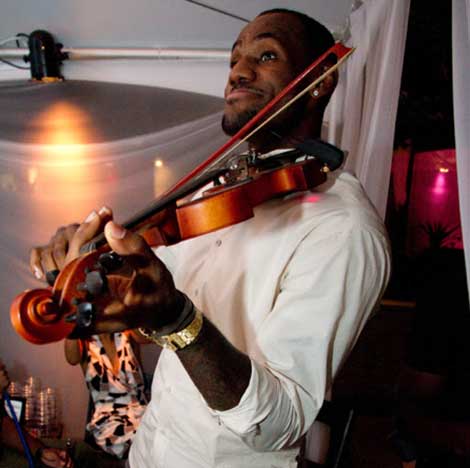 “He was scheduled to make $20 million next season and had two years and about $42.7 million remaining on his deal.”

Reppin’ The Heat is looking like it’s about to go down in King James’ history. Don’t believe me… Just ask LeBron’s agent, Rich Paul. Sources say that’s who “informed the Miami Heat that James will exercise his early termination option and become an unrestricted free agent on July 1. But sources say, “opting out does not mean that James has decided to leave the Heat.”

“After Miami’s season-ending loss to the San Antonio Spurs in Game 5 of the NBA Finals, James told reporters he would take a vacation with his family before considering his contract options.”

“Dwyane Wade and Chris Bosh also have early termination options… and have not yet told the Heat or publicly revealed whether they will join James as free agents this summer. Bosh and James both said last week that the three would meet before deciding anything about their respective futures, and it’s been widely speculated that they might have to rework their deals to keep the “Big 3” together in Miami.

There’s a conversation that will be had between the three of us,” James said last week. “I think it’s only right. I think we’ve earned that for each other, to have a conversation and see what could possibly happen.”

Here’s what LeBron just put out there…