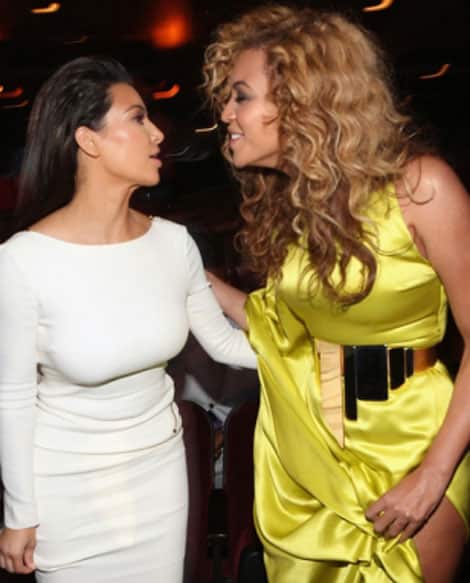 You won’t believe the fake story Kim Kardashian publicist released to the press!

“As far as Kim is concerned, the damage is done. She thinks Bey only wants to be friends because she wants something from her now.

Kanye wants things to be better and is trying to get Kim to soften. Kanye spoke to Jay privately and told him the approach may have to be public in some way. That’s the way Kim is and not coming to the wedding was a huge snub.

Kim is ignoring her calls so far. Bey’s going to have to eat some serious humble pie to make up for all the public snubs she made over the years and for missing her wedding. She’s certainly not going to forgive her just because Kim’s a bit more famous now and Beyonce’s popularity has taken a hit.”