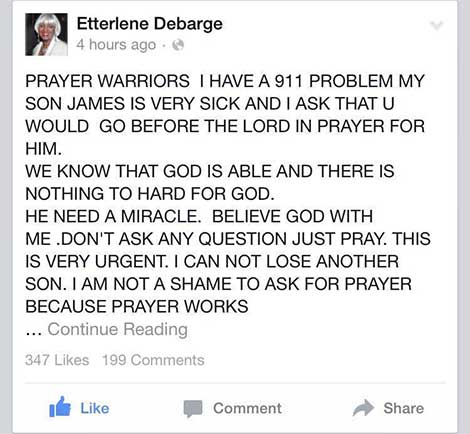 HSK Exclusive – James BeBarge is on his deathbed and so his mother, Etterlene Debarge, took to social media to sum up some prayer warriors in hopes of a good ol’ fashion miracle

We’ll keep you posted on how that goes.