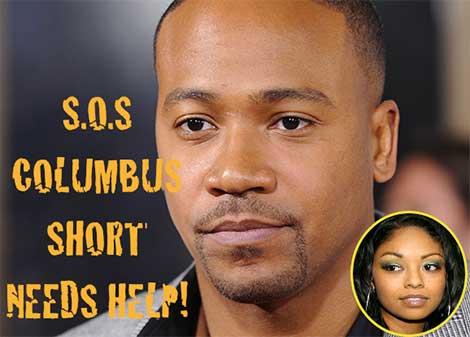 Sources say Columbus Short straight snapped over the Easter weekend! That’s when Short allegedly “broke into he and Tanee’s marital home and ransacked the residence.”

This, after Tanee filed a retraining order, banning him Short from the property. Most recent reports reveal Short’s estranged wife has “filed new court docs” against the fallen Scandal actor.

“She fears for her safety and the safety of their 2-year-old daughter.”

“Tanee claims Short broke a door off its hinges, ripped off her bed sheets, left on a bunch of lights.

Earlier this month, Tanee told police Short put a knife to her throat and threatened to kill her.

Court order bars Short from entering their home, he insists he has the right to come and go as he pleases because his name is on the lease.”