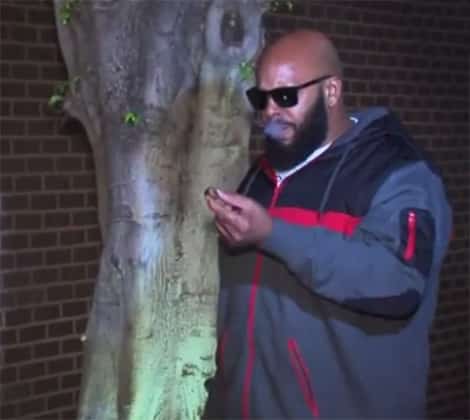 Suge Knight turned himself in to authorities this morning, after a warrant was issued for his arrest for driving his pickup truck during a hit & run which killed Ice Cube affiliate, Terry Carter.

Police are saying that, Knight had an argument with Terry Carter and Cle “Bone” Sloane at the N.W.A. Straight Out Of Compton movie set. Knight then followed the two men in his pickup truck when they went to lunch at Tam’s Burgers.

“Looks like he drove backwards and struck the victims and drove forward and then struck them again. The people we talked to say it looked like it was an intentional act. Knight is arrested on murder charges and his bail has been set at $2 million.”