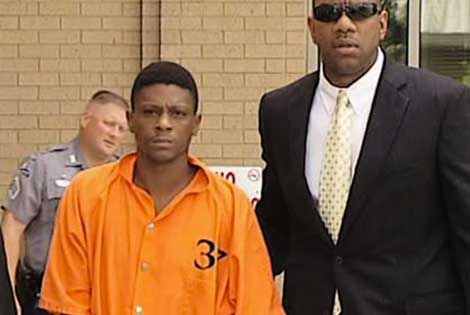 “His release comes on the heels of an Atlantic Records spokesperson verifying Hatch would appear at a press conference March 10.”

Lil Boosie’s reportedly landed a ‘get out of jail’ card. The 31-year-old Baton Rouge rapper — whose real name is Torrence Hatch — was released from ‘Angola’ prison just after 7PM EST last night, March, 5 2014. That’s according to the Louisiana Department of Corrections. Boosie is now expected to be heard during a press conference scheduled for Monday (March 10th).

“He will absolutely be there,” said a representative with Atlantic Records. “He’ll be speaking to the press for the first time … after his release.”

This news comes as a shocker to many. Know why? Back in 2011… a judge added eight-years to Boosie’s four-year 2009 court-ordered jail sentence. That’s after Boosie pleaded guilty to “attempting to smuggle drugs into prison.”

“In May 2012, Hatch avoided more time when a jury acquitted him in the 2009 murder of Terry Boyd. Michael “Marlo Mike” Louding was sentenced to life without parole July 9 for the Boyd slaying.”

“Hatch was sent to a West Feliciana Sheriff’s Department facility to meet his lawyer and at least one other person. Hatch will remain under parole and probation for some time. Terms of that supervision will be verified during a parole intake within 48 hours and at a probationary hearing in front of a judge.

Hatch’s parole and probation restrictions could include a stipulation that he be required to ask permission to leave the state, or that he not be allowed to leave Louisiana at all, but it’s simply too early to tell the specifics of those restrictions.”