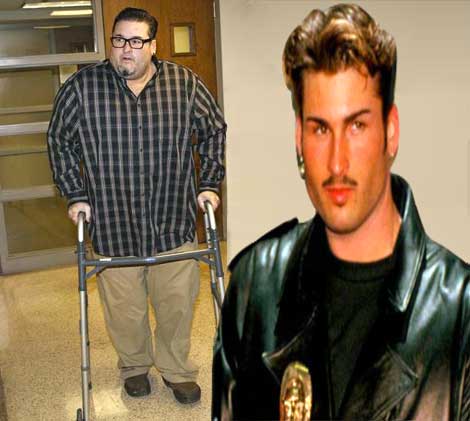 Remember that 90’s R&B group Color Me Badd? Well the boy band’s lead singer, Bryan Abrams, hasn’t only packed on some pounds … he also appears to be using a walker at just 44-years-old!

This image of the singer was snapped at Cleveland County Courthouse — in his home state of Oklahoma, Wednesday. Reports reveal the Bryan Abrams was accompanied by attorney Matt Swain when a Cleveland County judge continued his case. 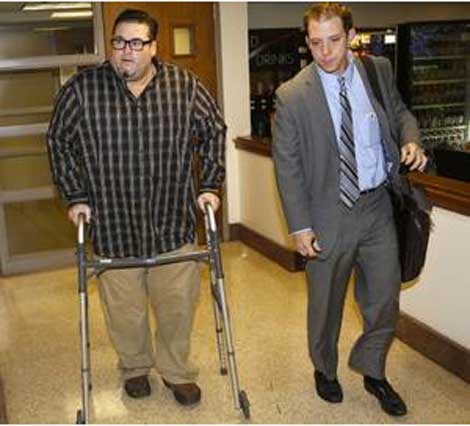 Here’s what NewsOK is reporting:

“Until Oct. 17, Abrams had been a wanted man in Cleveland County for not complying with the terms of his probation, which included court-ordered counseling and community service.

Abrams, an Oklahoma City native, pleaded guilty to one count of domestic abuse in April 2012. He was ordered to perform community service and get counseling for domestic abuse and substance abuse issues.”