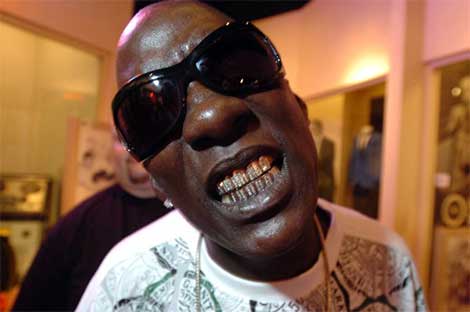 Crunchy Black, the Oscar Award winning rapper from the group Three 6 Mafia, is a wanted man in Minnesota after cops says he beat his fiancee… and then failed to show up for his day in court.

Here is whats been reported:

“Crunchy and his fiance were in a hotel room when guests began hearing thuds and screaming coming from the room. A hotel employee went up to check and found Crunchy’s fiancee had locked herself in the bathroom.

The hotel employee claimed his fiancee said she would only come out if Crunchy would “stop beating her.” When police arrived, they found blood on the hotel bed and door frame as well as facial injuries.

The rapper was arrested and jailed, but not just for domestic violence. Cops say when he was booked, they found coke in his pocket.

Crunchy was charged with three felonies; two counts of domestic assault and one count of drug possession. He skipped his November court date so a warrant has now been issued for his arrest.”