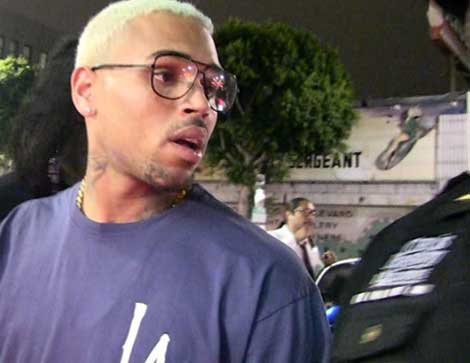 Has 108-days behind bars led Breezy to a straight and narrow path? Only time will reveal the answer to that question… but Breezy has vowed “to clean up his life”, promising to never land himself in the slammer again. We’re routing for you, Chris!

“Chris seems to be blaming part of his problems on the people he was hangin’ with.”

This news comes less than a day after his release from jail, this morning… just after midnight. Since becoming a freeman, a member of his camp released this word: “Chris pledges to stay away from drugs and bad people, especially those connected to gangs.”

“Brown says his singular focus now is music and he has privately told his label he will not screw up again.”

“He’s acknowledging his problems with violence were largely his doing. Doctors believe his erratic behavior was largely the result of bipolarity. He’s now on meds and doctors say he’s now stabilized.”