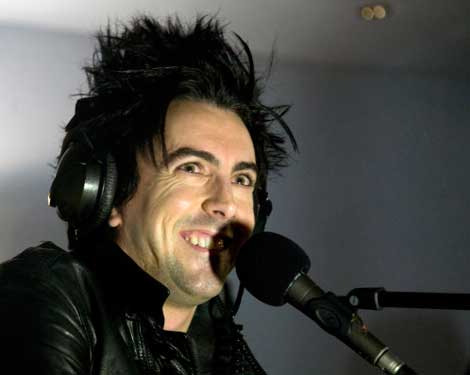 Groupies of Ian Watkins, frontman of Welsh rock band Lostprophets, jumped to defend the singer when news broke that he was accused of more than 20 offenses involving child abuse, which he adamantly denied.

But Watkins, 36, has now changed his tune, admitting to 11 charges against him, including attempting to rape a baby, conspiring to rape another and making child pornography, the Associated Press reports.

Watkins is on trial in Cardiff, Wales along with two female fans, who the court was told sexually abused their children upon the rocker’s request. Police investigating Watkins reportedly found many of the horrific encounters, including the attempted rape, recorded on a disc.

Watkins said that he could not remember committing the acts, according to The Guardian, but the court was told that he likely could have been high at the time. The singer is a cocaine and crystal meth user and discussed forcing his victims to use drugs as well.

Police continue to investigate Watkins and his time spent on tour both in the UK and overseas, and both he and the two women, who are not being identified, will be sentenced Dec. 18.

“This investigation has uncovered the most shocking and harrowing child abuse evidence I’ve ever seen,” South Wales police DCI Peter Doyle told the press. “There is no doubt in my mind that Ian Watkins exploited his celebrity status in order to abuse young children. Today’s outcome does not mark the end of our investigations and we will work tirelessly to identify any other victims.”

The Lostprophets, who have sold about 3.5 million albums since their start in 1997, announced they would be splitting up last month after their lead singer and co-founder’s arrest.