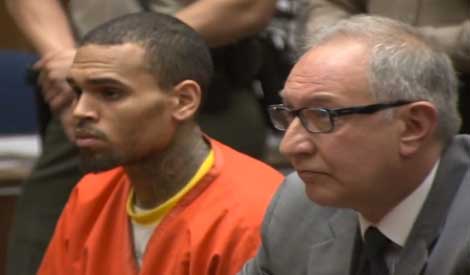 Breezy will be sitting behind the bars of the Los Angeles County Men’s Jail — at least until his next April 23, 2014 court date. This news comes four days after the “Loyal” singer’s Friday March 14, 2014 afternoon probation violation arrest — following an alleged incident that led “troubled” program managers to release him from his court-ordered rehab — a program the judge referred to as Breezy’s “safety net” from the tank.

“The condition of his probation stem from Mr. Brown’s 2009 case surrounding Rihanna.”

During yesterday’s March 17, 2014 court proceedings, Judge Brandin cited his “concerns” over Breezy’s alleged statement, “I am good at using guns and knives” — supposedly made during a ‘Morning Reflections’ rehab session. That’s what led Judge Brandlin to deny Mark Geragos “request that the defendant be released to a different [rehab] program… [and be] remanded, no bail, pending the hearing.”

“I think that’s probably why he was discharged from the program.”

“First in regards to the context… It’s clear to me from reading the incident reports from the program, the program is concerned about the defendant’s non-compliance and inability to follow the program rules. But I’m particularly troubled by the fact that, in addition to the noncompliance with their local regulations, that there was a statement allegedly made by the defendant during the ‘Morning Reflections’ where, when reading the card, Mr. Brown chose to add his own words on the card stating, ‘I am good at using guns and knives.’ I think that the program representatives were troubled by this as well and I think that’s probably why he was discharged from the program. I indicated in our last appearance that the program in essence was a safety net, and when he’s not in the program I had concerns about the defendant’s inability to stay out of trouble, in the formal hearing. So with regards to your request that the defendant be released to a different program, that request is respectfully denied. The defendant is remanded, no bail, pending the hearing.” 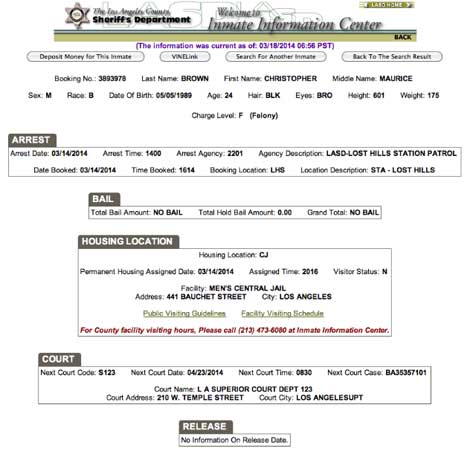