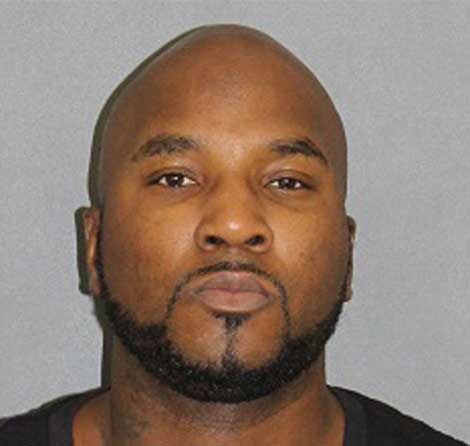 It’s been revealed that Young Jeezy is currently locked up, with a bond amount set at $1-million, following the ongoing investigation into the murder of Bay area concert promoter, Eric “E-World” Johnson at the Wiz Khalifa concert in Mountain View California.

You’ll recall, HSK was the first to identify the victim, Eric Johnson, and the fact that Jeezy’s bodyguard was the shooter. Jeezy and several of his crew were detained, but the bodyguard, who has yet to be named, is still on the run.

“Young Jeezy is currently behind bars for possession of an assault rifle. Allegedly, the was discovered during the investigation into the deadly shooting at Wiz Khalifa’s concert Friday night.

Irvine PD executed a search warrant on the rapper’s tour bus Sunday at the Verizon Wireless Amphitheater in connection with the murder in Mountain View, CA where Eric Johnson died after being shot 5 times.