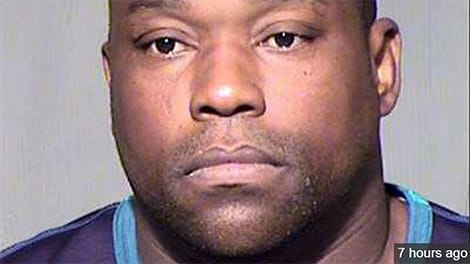 Pro Football Hall of Famer and NFL Network analyst, Warren Sapp, was arrested on Monday morning in Phoenix, accused of soliciting a prostitute.

The details surrounding his arrest are unclear at this point, but the time of arrest was listed as 7 a.m.

Here is what a source says:

“Sapp’s future with the channel is not looking good. However, nothing has been announced as of yet.”

Sapp was in the Phoenix area to cover Super Bowl XLIX on Sunday between the New England Patriots and Seattle Seahawks.”