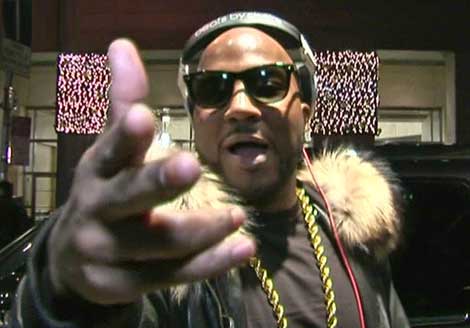 Reports reveal Jeezy may have caught himself another case! This time, it could revolve around the rapper’s girlfriend.

Sources say Jeezy — whose real name is Jay Jenkins — was arrested at his lady’s Alpharetta, GA home … where cops responded to a call. He’s reported to have been booked at Fulton County Jail ‘for obstructing police.’

“Jeezy was uncooperative with officers, refusing to identify himself, and cussing them out. Jeezy told the officer who asked for his name and ID, “F**k you, I ain’t telling you” — and he attempted to pull away when cops were slapping the cuffs on him.”