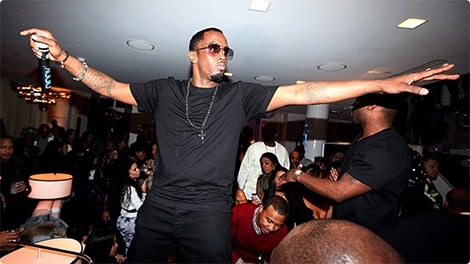 Police are looking to have a talk with Hip Hop mogul, Puff Daddy. Know why? Because Diddy, has been accused of punching party goer, Steven Donaldson ,at a Super Bowl after party in Scottsdale, Arizona early Sunday morning.

“Diddy was there to host the party, but didn’t show until 1:15 in the morning and he only hung out in VIP. I was pissed because he paid $100 to see Diddy — so I decided to get in his face and cuss him out.”
A video surfaced, allegedly depicting Donaldson acting hostile toward Diddy.

“Hey, f*ck you for not performing tonight. You are a f*cking *ss hole. Yo P Didz, you’re a f*cking ass hole. Get the f*ck on the stage and perform.”

Donaldson has since filed a report and the police in Arizona are looking to have a sit down with Combs.”