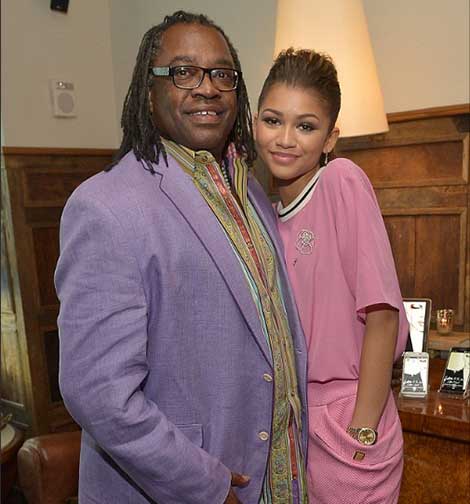 “Zendaya would have been an amazing Aaliyah because she is a true professional!” ~Kazembe Ajamu

She may say she’s pulled out of playing Aaliyah, but don’t think for one second that Zendaya’s planning to leave that role for someone else to fill. Just ask the teen actress’ dad, Kazembe Ajamu — who Zendaya was sure to introduce to the public eye during a recent appearance.

Here’s what Ajamu — Zendaya’s “dad and bodyguard” — just put out there:

“Let me be perfectly clear!! Zendaya did not drop out of the movie because of haters and people who said she wasn’t black enough. In fact they only fueled her fire to kill this role. However the production value was very important to her it had to be done right. Issues around production are what caused Zendaya to pull out of this project.”