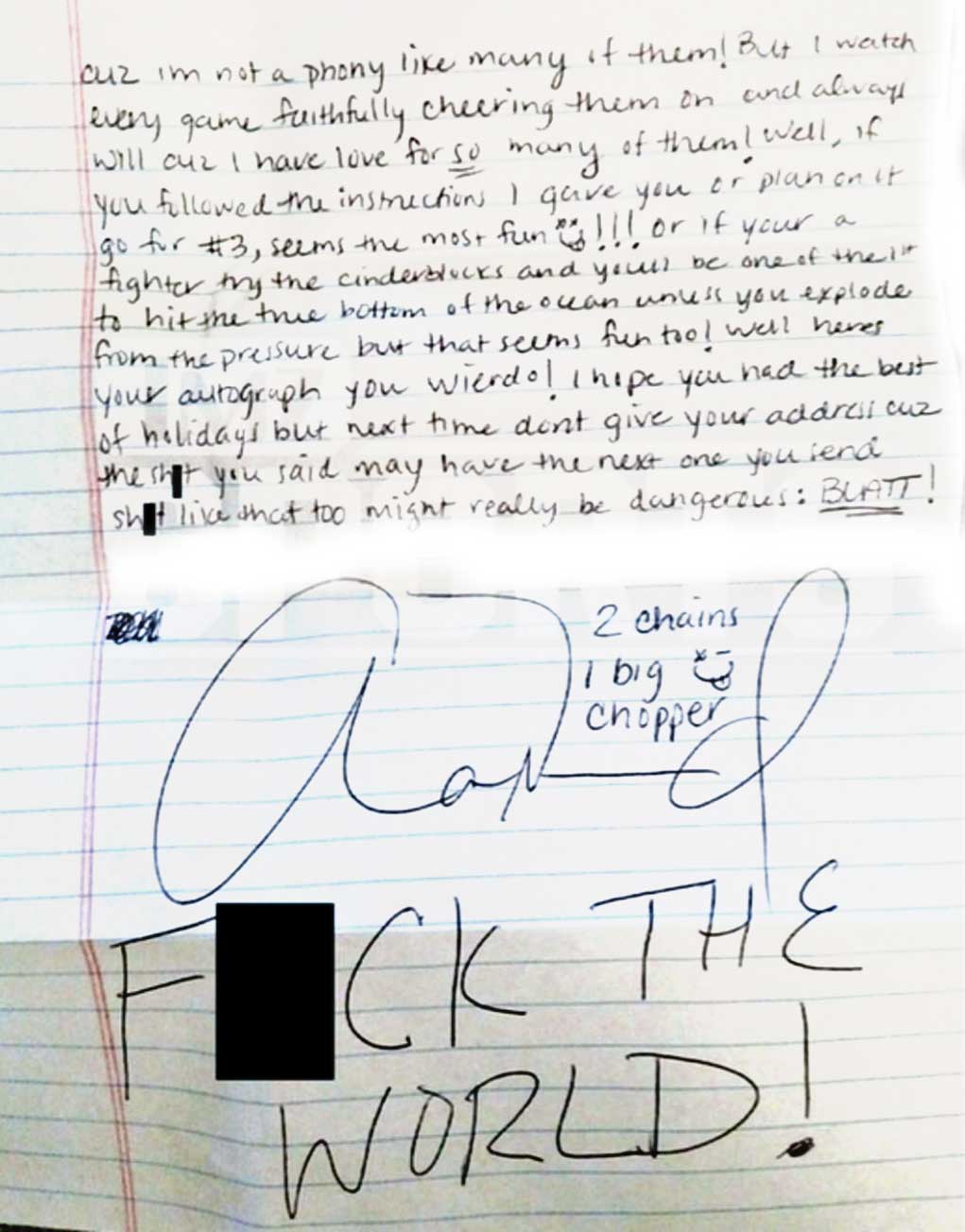 Letters were found inside Aaron Hernandez’s cell when his body was found, but none of them were written to a gay lover. According to the deceased’s attorney.

Hernandez’s lawyer, Jose Baez, says, “Rumors of letters to a gay lover, in or out of prison, are false. These are malicious leaks used to tarnish somebody who is dead.”

The D.A. announced Thursday 3 letters were next to Hernandez’s Bible, and that’s when the rumors began. Baez said he is not prepared to say whether Hernandez’s death was suicide or foul play. He says, “There is still plenty we are investigating.”