Kandi is piping hot after watching her former employee blast her as a thief on national TV after ripping him off for his creative concepts and under-paying him for his work, but apparently it’s the loose involvement of Phaedra Parks in the legal matter that appears to be ruffling her feathers the most.

Watch as she vents over the accusations during her recent appearance on Watch What Happens Live. 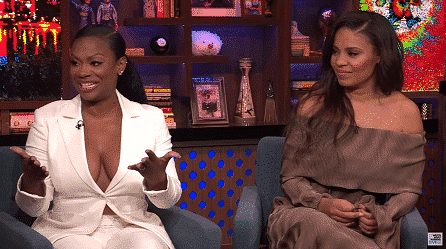