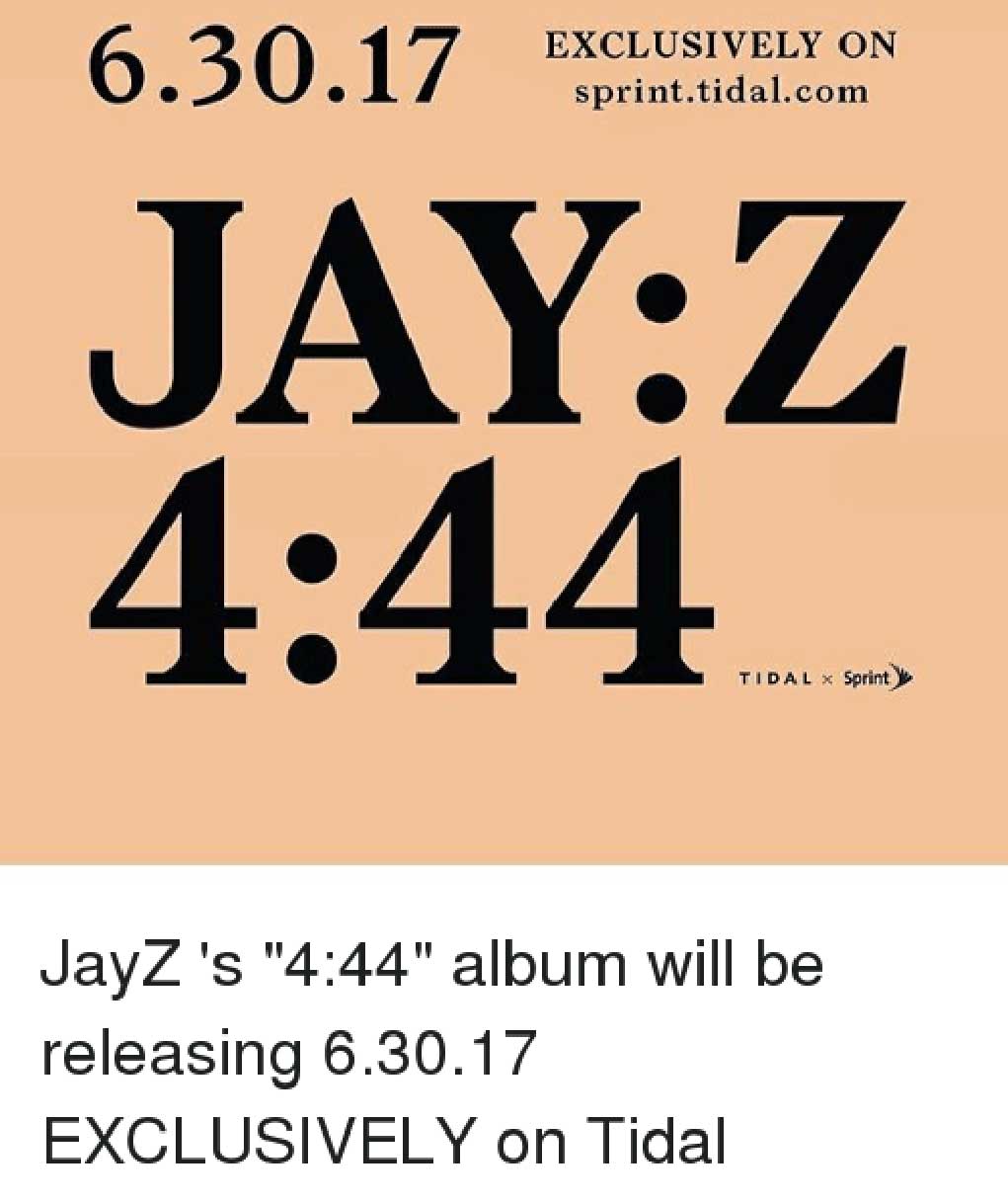 JAY-Z fans who signed up for Tidal to “exclusively” hear his new album got took….

Apparently new Tidal users who don’t have Sprint for mobile access can’t play the new Jay-Z album, 4:44, which is streaming exclusively on the service for its first week.

Subscribers who signed up after June 26th and use other carriers can play any other music on the service, but if they attempt to
stream 4:44 they receive the following message: 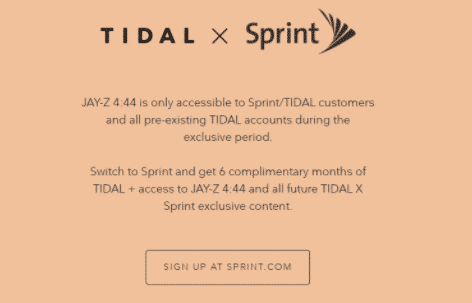