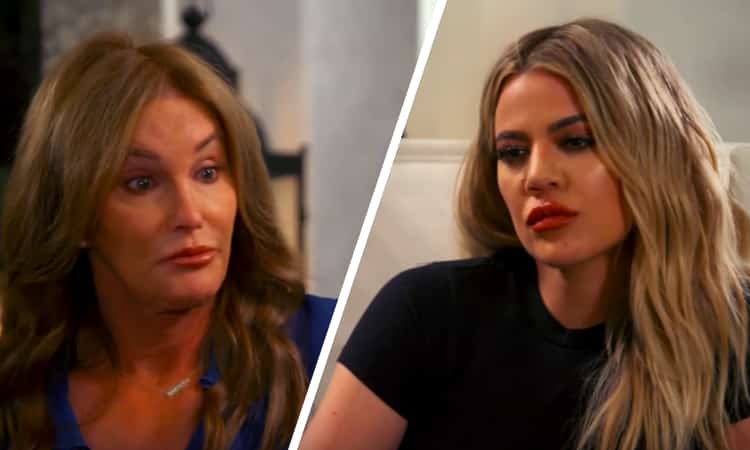 It appears that ever since Caitlyn Jenner transitioned from Bruce, the love from the Kardashians has been scarce.

In the latest episode of Keeping Up With The Kardashians, Khloe and Caitlyn have a sit down to discuss their relationship. According to Khloe, prior to Caitlyn’s transition, she and her stepfather had been close for 24+ years. Now things are obviously different and they want to get to the bottom of it.

“I just really feel like over the last year-and-a-half we certainly have grown apart,” Jenner says. “Day after day, after month after month, nobody calls, nobody checks in. Just, ‘Hey, how are you doing?’”

“I don’t necessarily want to say you did anything wrong,” Khloe replied. “In this family, we deal with things very quickly. We don’t have time to kind of process a lot of things because we’re always on to the next. For me, at the time, I wasn’t at a place in my life where I could really invest in new relationships. It was very hard for me to experience a lot of new things so quickly and still feel like I had to protect my mom and certain things that were happening where I felt like they might not have been the most positive.”

According to Khloe, she had too much going on in her life at the moment to deal with Bruce’s transition and it wasn’t her fight.

Watch the video below.