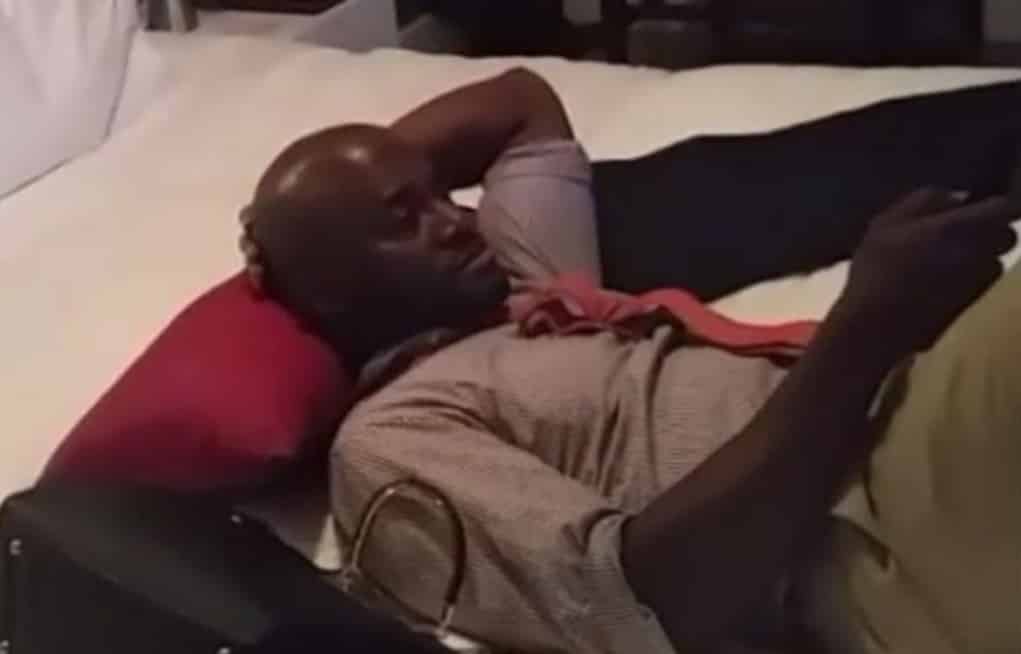 Hell hath no fury like a woman scorned. That’s the thought that comes to mind when checking out the (now deleted) viral Instagram page of user chankeong3, who clearly has video footage of Taye Diggs laying back on a bed fully clothed and saying, “That’s my s***” to something on his phone. It appears that Diggs doesn’t know he’s being recorded by the woman.

It’s unclear why she is mad in the second Instagram video with Diggs posted on June 5 at approximately 7:30 p.m. ET. Nor is it clear in the first video posted to Instagram showing Diggs in bed posted around 6:30 p.m. ET. Either way, her matching description on both makes it clear that something Taye said offended chankeong3, who calls herself a free spirit and spontaneous in her Instagram description. It’s a bio that says she’s “been on set for a few videos,” and mentions VH1 and her email address of chankeong12345@gmail.com for all takers.

Therefore, whilst the traditional media outlets are talking about the Diggs fatherhood rap you’ve been missing, as reported by the Huffington Post, the online world of social media is starting to buzz about Taye being secretly recorded. The accusations of drug use and threats to uncover the reasons behind Taye’s divorce are the most scathing.

One wonders what else she has up her sleeve — or on her “video phone,” as Beyonce’s song once sang.

As reported by the Inquisitr, Taye admitted to having a drag queen past for former acting roles.