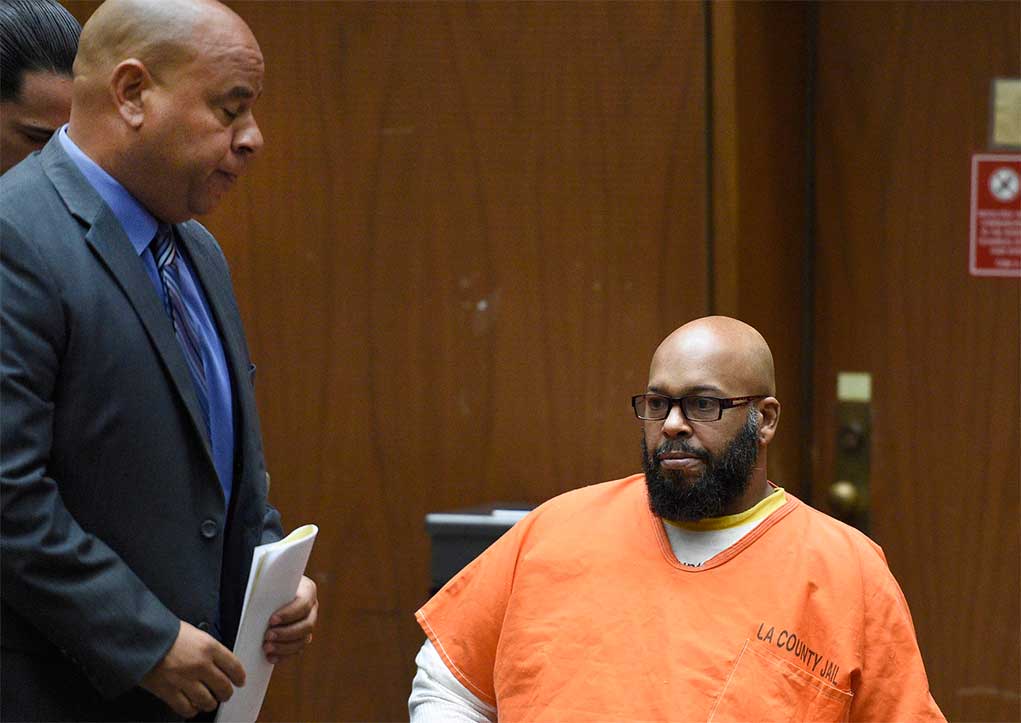 According to reports Suge Knight and his attorney Matt Fletcher have been caught on tape conspiring to pay off witnesses in the upcoming murder trial Knight faces.

The Los Angeles District Attorney filed paperwork Wednesday claiming they have a recorded jail call in which Knight and Fletcher discussed paying large sums to witnesses who would say Knight was the victim of an armed assault before he hit two men with his Ford Raptor truck outside a Compton burger stand in January 2015, killing local businessman Terry Carter.

“That’s a fair motherf—ing investment, you know, 20, 25 thousand dollars to pay to these motherf—ers to get home?” Fletcher allegedly said during the call on March 16, 2015, according to the DA paperwork obtained by The News.