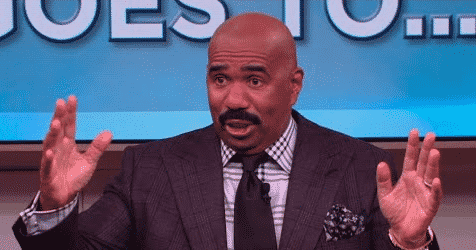 Earlier this year a nasty email from Steve Harvey warning his Chicago film crew not to approach him in hallways or enter his dressing room without an appointment leaked online.

Steve now calls the email ‘cute’ and confirms it was leaked by a disgruntled employee… This week at the TCA press tour Steve had these nuggets for the media:

“I was OK until I saw it on CNN and that’s when I knew I was in a lot of trouble. The email was out there and it wasn’t a big deal to me at all.

I thought it was cute. You all didn’t.”

Steve also confirmed rumors about leaving most of his staff behind explaining,

“It was something I wrote a year ago and someone didn’t get a job coming to LA and they got pissed.”