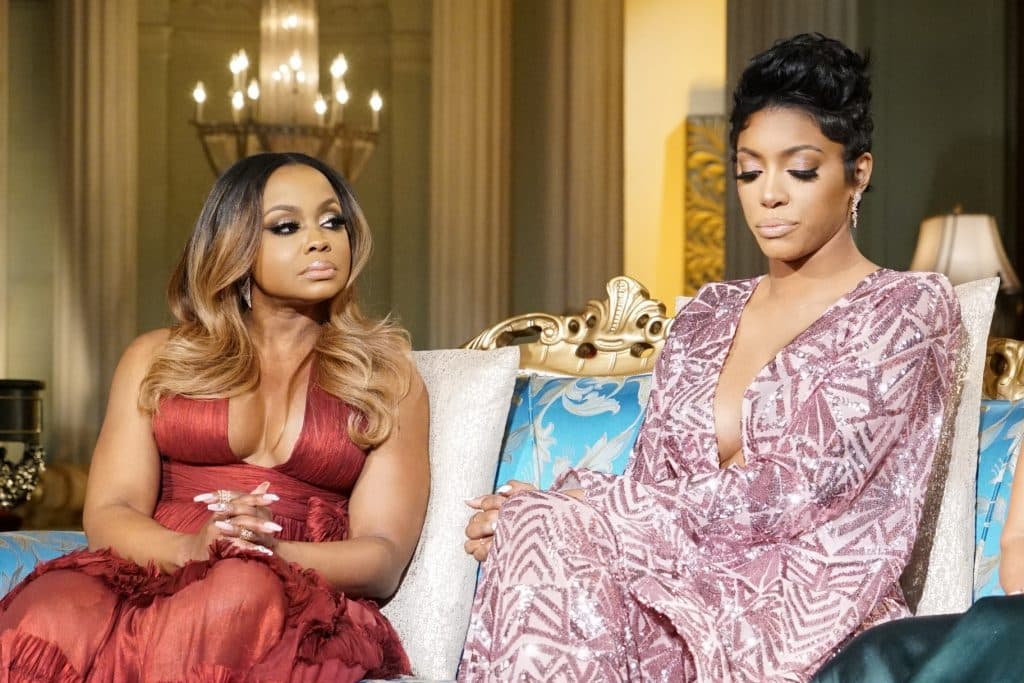 After the #RHOA reunion drama exploded, viewers thought they saw the last of Phaedra Parks, but according to a source close to the action, the ATL attorney will make a final exit from the RHOA stage in the upcoming season 10.

Phaedra was caught red-handed on the Bravo reunion sofa as the creator of the drugging/rape rumor aimed at co-star, Kandi Burruss — the sneaky maneuver was a deal-breaker with the cast. After the real tea spilled, the Atlanta ladies refused all further interaction with Phaedra, and Bravo soon issued a pink slip to the shady southern belle.

“Porsha has agreed to have a sit-down with Phaedra,”

Porsha blew the whistle on her bestie during the reunion taping, after it was revealed that Phaedra had used her to spread the nasty gossip.

“Porsha is the only one agreeing to film scenes with Phaedra,”  the source told AllAboutTheTea.com. “Bravo wants to tie up loose ends, before Phaedra exits the show. They don’t want her departure to look abrupt and awkward.”