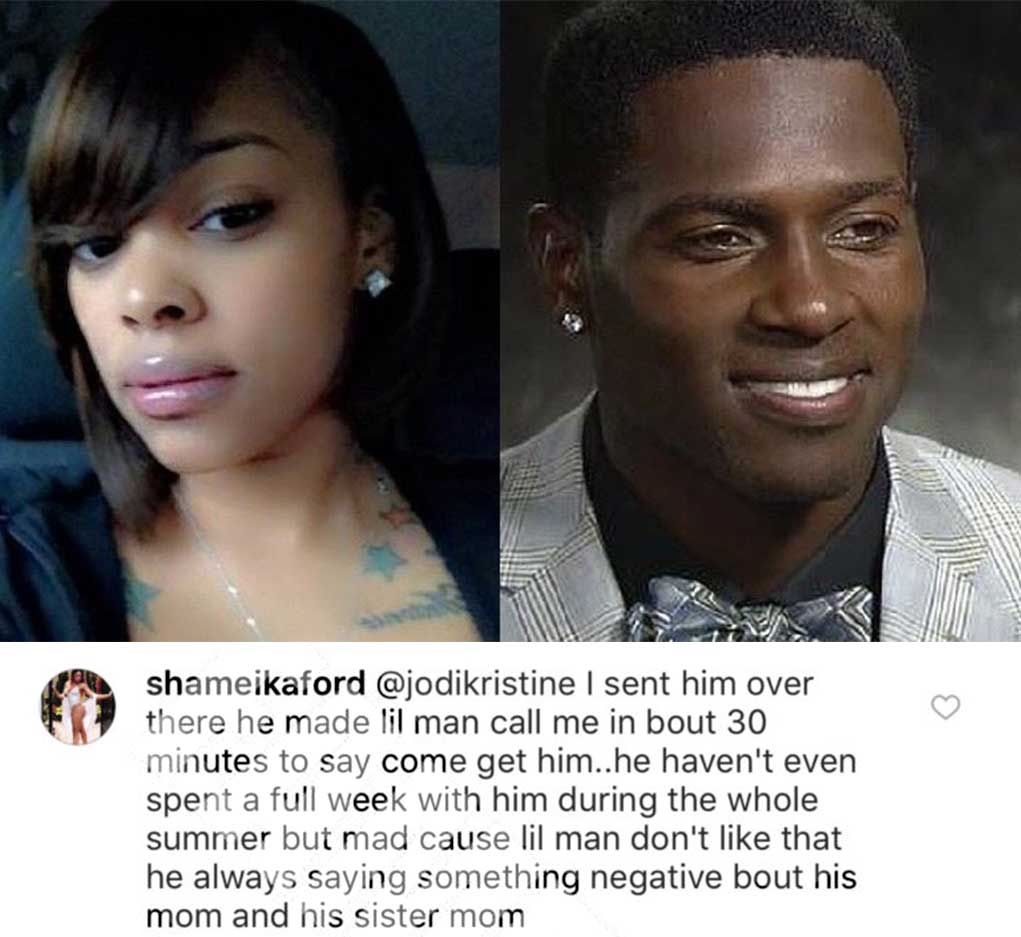 NFL star receiver for the Steelers, Antonio Brown, may be a star in the NFL, but if you look a little deeper, specifically how he talks to his sons mother in recently leaked text messages, the NFL star ha a much darker side.

Antonio’s baby mother, Shameika Ford, sent bible scriptures to Antonio hoping it would help him have a better relationship with his son, but his response was not what one might expect.

The NFL star not only called his baby mother a “hoe” but also added, “That lil boy going to learn quick or he going to stay the fuck from around me.” 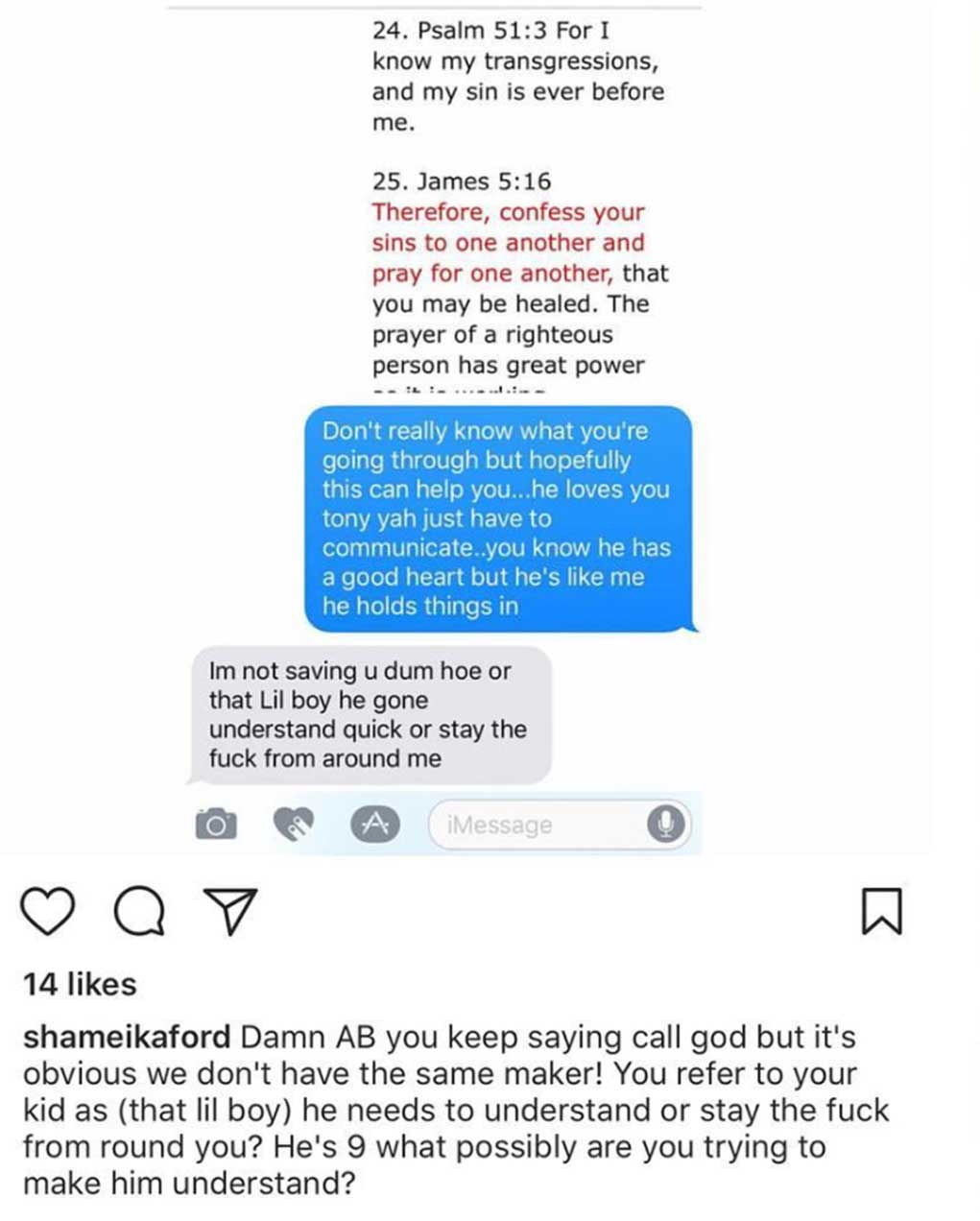 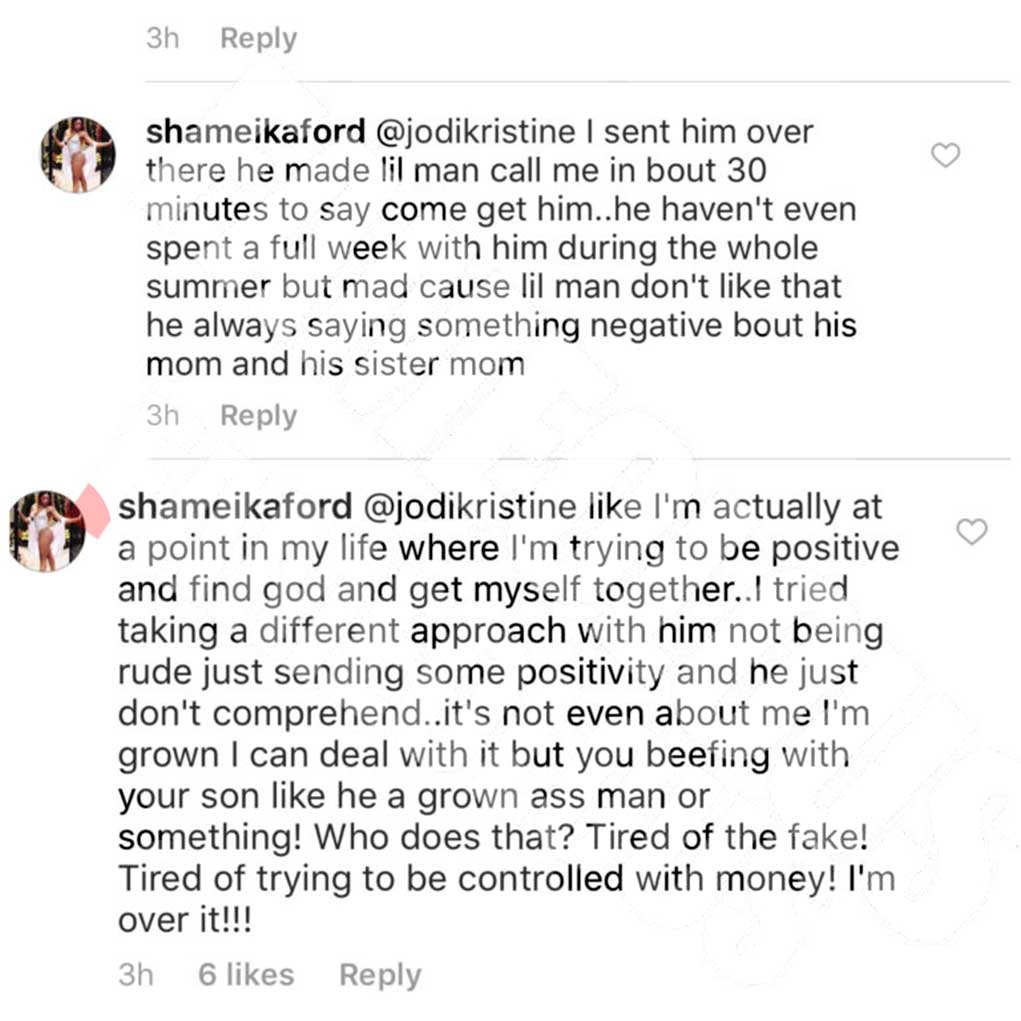