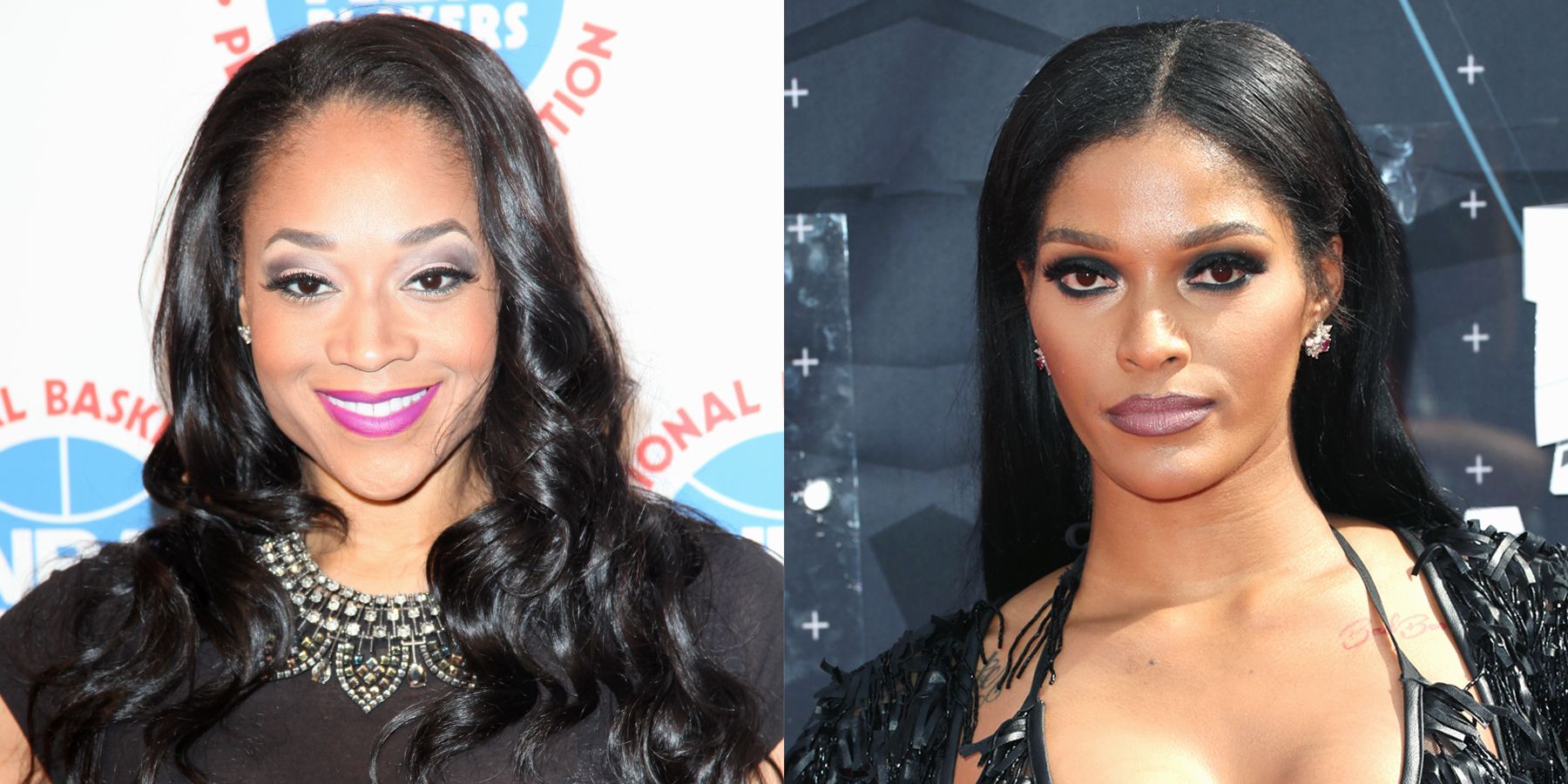 Eva is the daughter of Mimi and Steven “Stevie J’ Jordan, who appears to have reconciled with Joseline since she had their baby Bonnie Bella, whose birth was featured on this past Monday’s special episode of “Love and Hip Hop Atlanta.”

During the April 24 episode taped late last year, she noticed that Stevie J was softening his stance toward Joseline with the upcoming baby. She warned him that she would file a restraining order against Joseline to ensure she never gets within spitting distance of Eva.

This week, she followed through on that. When I spoke to her today in an exclusive interview, she was spitting mad that folks on social media were calling her out for being over-protective and needlessly angry.

“I’m not angry. I’m not jealous,” Mimi said. “People think this is a f***king joke. This is for real. This is my real life. I don’t give a f*** about the show or what was said on it. There are things I can’t even speak about on the show.”

In the protective order, she noted that Joseline has accused Stevie J on social media of molesting their child, which she said is unfounded craziness and led to child protective services coming to her home. Joseline has attacked Mimi physically twice and threatened more violence multiple times, she said. She claimed that Joseline used illegal drugs openly at her residence. She noted Joseline’s past “erratic and irresponsible behavior, including allowing guests to enter and exit premises after midnight and allowing guests to openly use illegal drugs on the premises.”

“I don’t want my daughter around anyone of that nature.”

In the past, she said she had asked Stevie J to keep Joseline away from her daughter and he has not paid heed. So she wants legal protection.

“If he’s not going to protect my daughter, I will,” Mimi said. “If the shoe were in his foot, he’d do exactly what I’m doing. I don’t understand why he thinks this is okay. This is not okay with me in any respect.”

She is asking that Joseline stay at least 200 yards from Eva at all times.

While VH1 has tried to resurrect Joseline’s reputation with a sympathetic baby episode this past Monday, Mimi didn’t see it and isn’t buying it. “That’s BS,” she said. “Someone who is a complete a**hole and has a baby doesn’t turn into a f***ing angel. Having a baby doesn’t change your character. It makes you a mother.”

Mimi has no issue with Bonnie Bella, Stevie J and Joseline’s daughter. She even has no objection if the two of them get to know each other in the future. But Stevie, she said, would have to figure that out without Joseline in the picture.