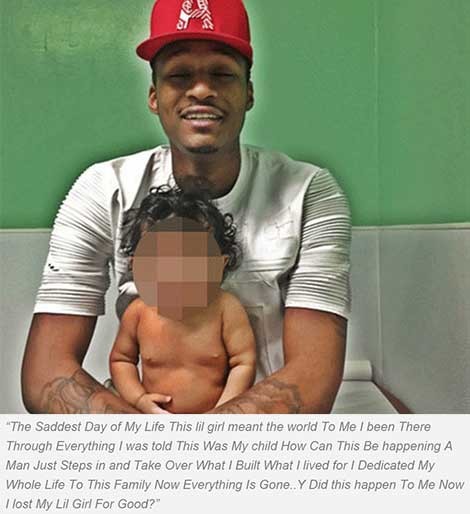 Terry, the husband of Chris Brown’s baby momma, Nia Amey, filed for divorce after he found out Nia, had an affair with the singer. Turns out, at first; he believed he was the father of Royalty, before learning via a paternity test that actual father was Chris Brown.

Nia and Terry Amey, were married in January 2003; they lived together as husband and wife until 2014.

“It might be a shock to the world being that Chris Brown is a father and now he’s going to have to step up to do right thing. But at the same time I’m a god-loving person and I have to forgive to give my message.

She was young and she had obstacles and made mistakes and now you have a child involved.
Social media is making it worse than what it is. But nobody is perfect. When you’re in this industry all types of things are going to happen. It’s not just happening with my ex wife – it’s all women in the industry. When you allow persuasion and [being] misled to guide you, things are going to happen. It is what it is. It’s a part of growing.

Social media is saying this and that and that she’s a gold digger. … Nia is not the person who they portray. She has a past, but who don’t have one. She knew whose that baby was, so that name ‘Royalty’ came about because she will be royalty.”

Nia and I also have a 13-year-old daughter, Zillah. I’m upset social media is blowing this up and two kids are involved and they’re young. Nia is a great mother. She’s been raising Zillah and Royalty” with the help of her own mother.”